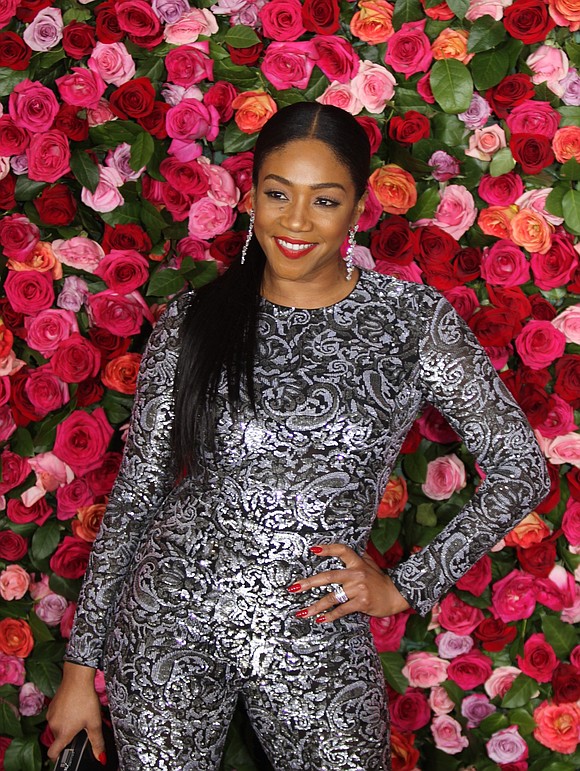 From my observation, domination was a key theme in events that I found of interest last week. The Golden State Warriors pulled the brooms out on the Cavaliers, Nadal breezed through the French Open, the Yankees went out to Citifield to show who runs the city and my goddaughter cumulated four years of high school excellence as salutatorian en route to an Ivy League university.

Unfortunately, the theme prevailed through Sunday. As a fan of live art, to see the names Yolanda Adams, John Legend, T.I. and Domani & Lil C, in line to win a trophy at the 72nd annual Tony Awards, admittedly I harbored a rooting interest, especially during Black Music Month. “Super Sea Star Savior,” “(I Guess I) Miss You” and “When the Going Gets Tough” were the respective titles from the above-mentioned acts appearing in “SpongeBob SquarePants: The Broadway Musical.”

That was not to be, however, as the category in which they were nominated, Best Original Score (Music and/or Lyrics) Written for Theater, was one of the categories that featured the buzz saw of the night, “The Band’s Visit.” The play also lay in the wake of the stellar musical performances of Joshua Henry (“Rodgers & Hammerstein’s Carousel”), Hailey Kilgore (“Once on This Island”) and LaChanze (“Summer: The Musical”). Let’s see what’s in store for the 2019 season. If theater moves you, take a trek to the Classic Stage Company (136 E. 13th St.) for the production of the musical “Carmen Jones,” featuring Tony Award winners Anika Noni Rose and Bill T. Jones. This production marks the first major New York revival of the musical since its Broadway debut 75 years ago. The original Broadway production starred Muriel Smith, but it was the film adaptation starring Dorothy Dandridge and Harry Belafonte that propelled the title to iconic levels. “Carmen Jones” is performed Tuesday through Thursday evenings at 7 p.m., Fridays at 8 p.m., Saturdays at 3 and 8 p.m. and Sundays at 3 p.m. Tickets are $65 weekdays and $70 weekends. Prime seats are $125. For tickets, visit classicstage.org, call 212-352-3101 or 866-811-4111, or go to the box office (136 E. 13th St.).

The “queen from Queens,” Nikki Minaj, and Future have announced they’ll be hitting the road together for the NickiHndrxx tour. Future sits as executive producer and curator of the “Superfly” official soundtrack album, in addition to co-producing the film. The Atlanta hip-hop luminary and trendsetter is readying more new music for release very soon.

Minaj is set to release her anxiously awaited fourth full-length studio album “Queen” Aug. 10. The new material should have had an impact by the time they hit the road. The extensive outing will touch down in 50 cities across North America (produced by Live Nation) and Europe, kicking off Sept. 21, the tour will make highly anticipated stops locally at the Mohegan Sun Arena (Unacasville, Conn.) Friday, Oct. 5, the Prudential Center (Newark, N.J.) Sunday, Oct. 7, and the Barclays Center (Brooklyn, NY) Thursday, Oct. 11.

Tickets for the North American dates will go on sale to the general public beginning Friday, June 15, at 11 a.m. local time at LiveNation.com.