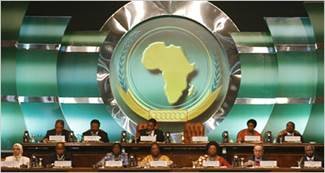 “Corruption” is the theme of this year’s African Union Summit to be held next month in the capital of Mauritania—a country better known for being the last country in the world to ban slavery.

According to the 2016 Global Slavery Index, Mauritania has one of the highest rates of slavery in the world, with an estimated 43,000 living in modern slavery conditions, out of a population of 4 million. The practice especially affects the Haratins, who have been caught in a cycle of servitude enforced by the Moors, the lighter-skinned descendants of Arab Berbers.

Their masters sell them or buy them as gifts and provide little education or pay. Slaves are prohibited from inheriting property or giving testimony in court. There have also been reports of government collusion with Arab Berbers into intimidating slaves who break free from their masters.

This year, the African Union rebuked Mauritania for handing down light sentences to a family said to “own” two young brothers, Said and Yarg Ould Salem, who were made to work seven days a week without pay, eat only leftovers, sleep in the bush with the animals and endure regular beatings.

Unlike other children in the family, they neither attended school or learned the Quran.

After the brothers escaped in 2011, their master, Ahmed Ould El Hassine, was arrested, ordered to pay $3,800 and was sentenced to two years in prison although the law required five to 10 years, said the U.K. Anti-Slavery International.

“The problem is that there is a law criminalizing slavery, but it’s not respected,” said Lucy Claridge, legal director for Minority Rights Group International, which helped bring the brothers’ case to the African Union.

Another AU meeting, the African Commission on Human and Peoples’ Rights, will take place in Mauritania next April, creating another possible public relations nightmare for the country.

Meanwhile, President Mohamed Ould Abdel Aziz, now in his second and final term, is reportedly planning to amend the constitution, paving the way for him to scrap term limits altogether.

Aziz has been a loyal ally of the U.S. and France in the war on terror, arresting radicals and allowing allied troops to operate across Mauritania. Not surprisingly, there has been little criticism of slavery or human rights