The Rev. Sharpton and civil leaders oppose the separation of families 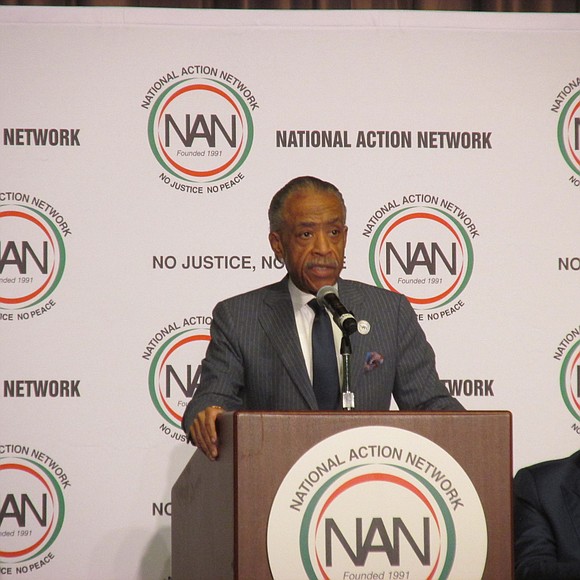 About the same time members of Congress were conferring on a bill to keep immigrant families together who had been detained at the border, the Rev. Al Sharpton, along with several civil rights leaders, were voicing their objection to the children being separated from their parents.

Outraged by Trump’s policy of detaining children of immigrants who enter the country illegally, Sharpton, the founder and president of the National Action Network, on Tuesday in Washington, D.C., on Capitol Hill, said there is nothing “moral or even acceptable of hearing children crying and screaming for their daddies and mommies.” He added, “I don’t believe President Trump would implement this at the Canadian border.”

Sharpton said he believes such a policy is being enforced because the children are of color and “[Trump is] playing hardball with the lives of these children” and the image of the U.S.

Senate Majority Leader Mitch McConnell of Kentucky announced his support for a bill that would keep immigrant families together. “I support, and all of the senators of the Republican conference support, a plan that keeps families together,” he told reporters. “We need to fix the problem and it requires a legislative solution.”

His comments were quickly challenged by Sen. Chuck Schumer, who in his rejection of the bill said we must keep the focus on Trump. He said the “president can change [the situation] with his pen.” Moreover, he warned that the Republicans would probably add unacceptable provisions to any bill that came to the floor.

Such “unacceptable additions have bogged down every piece of legislation we’ve done,” Schumer added. In a subsequent tweet, Schumer told Trump, “If you don’t want to change this cruel policy, at least admit it is your decision. Blaming others falsely is cheap, easy and dishonest.”

Since the very inception of detaining children and holding them hostages, Trump has blamed the Democrats for the action, citing a nonexistent law. Among the conditions he demands to stop the detention of the children is that wall, which has been on his agenda since his presidential campaign.

“This policy is an abomination, but it is not an aberration,” said Janet Murguia, president and CEO of UnidosUS, and among those joining Sharpton at the news conference. “This policy is really part of an ongoing assault on Latino families, which started Day One of the Trump campaign.”

And now more than 500 days since his election, that policy continues to be at the top of his agenda.