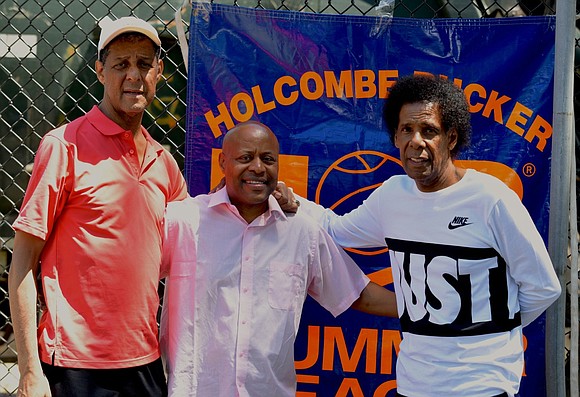 There are a variety of summer basketball leagues and tournaments throughout the New York City metropolitan area, but not many can boast of being around for 68 years. The Holcombe Rucker Community League, Inc. can.

Affectionately known as the Rucker, they’re recognized as one of the most renowned and competitive summer leagues in the basketball community.

Young ballplayers muse all winter long, anxious to showcase their talents on the Rucker court. Coaches develop and refine their strategies there. Others coach there for a variety of reasons. Some are there just to give back, to help a player advance as far as they’re capable of going. Many times you’ll hear how someone took the time to coach them when they were coming up, inspiring them to do the same.

“Someone coached me,” said Tony Lopez, coach of Jadakiss Elite, last year’s Rucker champions in the 12 and under division. His 12-man team is sponsored by rapper Jadakiss.

“I played in Rucker’s youth divisions, their high school division, their college division and in Pro Rucker, and then I’ve been coaching for about 50 years,” he said.

Lopez, from the Bronx, is a retired Westchester County MetLife Insurance executive. As a coach, he’s highly respected throughout New York City, and one of the more interesting coaches who work the sidelines during their free time.

Lopez has coached just about everywhere and plays in several tournaments during the summer. Throughout the years, his sons and nephews have played on some of his teams, but he’s respected for the attention, the mentoring he gives all of his players.

What should be understood about coaching youth basketball is that it’s more than just getting to the game, coaching and X’s and O’s. There’s practicing, sometimes picking up players for practice and for games, and getting them back home. At times coaches are coming out of their pocket to help someone else’s child. They might have to buy lunch, sometimes a pair of sneakers.

Lopez is known for once going after another coach for trying to steal a committed prep school scholarship from one of his players that he had secured. Coaches like Lopez sometimes become adjunct parental figures and very protective of their players.

“There’s a lot of responsibility involved,” Lopez emphasized. “That’s why I like coaching at Rucker, especially when I see my kids’ efforts pay off, cause it’s one of the best leagues, the most prestigious, 68 years, and sometimes I get to see some of my old friends there.”

Pee Wee Kirkland and Frank “Shake and Bake” Streety, two of Harlem’s most famous dropped by the park at 145th and Malcolm X Boulevard Saturday morning where the Rucker is played to hang with Lopez, also a former licensed city teacher, a former Cadillac salesman, the former manager of the band GQ, whose platinum selling songs from the late 70s are still played on radio today, and now, Lopez the author who recently finished writing a book, “Number 1 With a Bullet,” a tome about his days of managing the band. But in conversations, Lopez talks just as much about his teams and his players. “It’s my love,” he noted. “I love coaching.”