‘The Heritage’ showcases the history and rebirth of the activist athlete 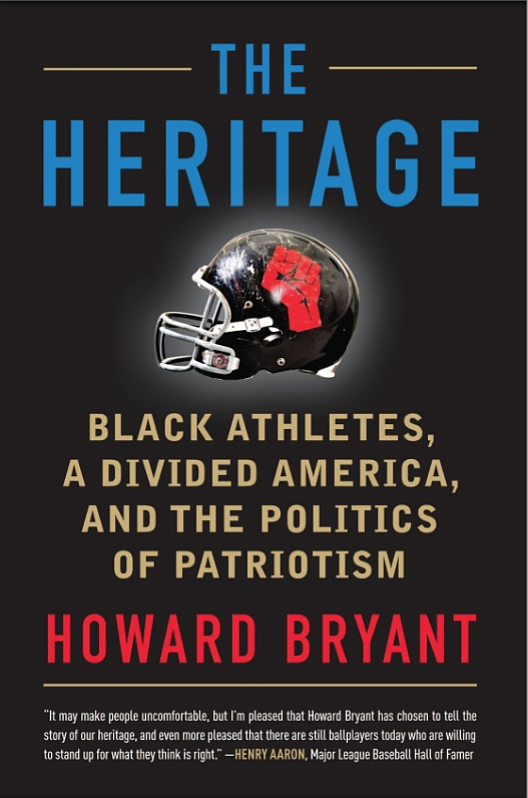 The United States finds itself a nation with heightened racial tensions, a president that divides the country racially and keeps an “enemies” list of public dissenters and an overwhelming sense of doom. This could describe the 1960s and early 1970s or today. Both periods in its history forced public figures to “take a side” and no place was this more prominent than in sports.

While the non-threatening Holy Trinity of O.J. Simpson, Michael Jordan and Tiger Woods filled the gap in between, the resurrection of the activist Black athlete had no choice but to emerge in this day and time. Howard Bryant perfectly captures the reasons why (while detailing America’s long-standing hypocrisy along the way in The Heritage: Black Athletes, A Divided America, And The Politics Of Patriotism (Beacon Press, $26.95).

When many people would say the current wave of athlete activism started with Miami Heat players posting a photo of them wearing hooded sweatshirts after the murder of Trayvon Martin and trace the steps up to Colin Kaepernick kneeling during the playing of the Star-Spangled Banner, Bryant brings it back to a revival of a forgotten tradition. That tradition? Black athletes using their voice as the most prominent non-White public figures in American life to point to injustices.

A consistent theme throughout the book is valuing of the black body over the black brain. You see this manifest first in the integration of Major League Baseball. Players like Jackie Robinson, Roy Campanella and Willie Mays made the game great and left the game legends, but that integration wasn’t extended to the front office where Negro League executives were left without jobs. Sports were the best employment possible for Black men in America despite the long odds of making it.

However, those who did make it had an obligation to reach back or be a voice of the voiceless. Bryant’s depiction of all of this, the attempt to protest the Summer Olympics, Tommie Smith and John Carlos’ protest, Curt Flood’s fight for free agency, the politicization of sports post-9/11, the return of an old brand of fascism in its wake and the extrajudicial killing of innocent Black men by law enforcement, demonstrates the lineage shared those of a darker hue no matter their social or economic station in America.

But there needs to be an opposite of side and Bryant presents that with the “greenwashing” of Black athletes starting with Simpson. Trading identity for riches led to Simpson becoming a household name in America, a Hollywood star and endorsing a slew a products. Jordan took that blueprint into the stratosphere. Tiger streamlined it. Bryant’s “The Heritage” is required reading for young people to realize what they’re seeing isn’t new, for current adults to understand the current climate in American sports and for older folks who lamented the lack of activist voices in the athletic ranks. The baton has been tossed.