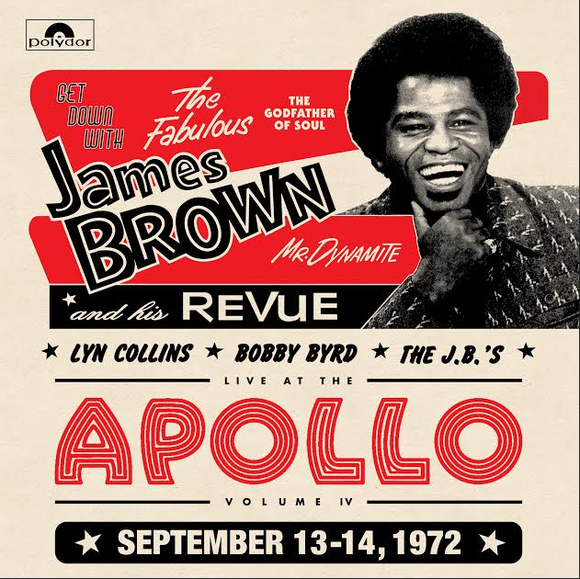 James Brown at the Apollo Theater

When Migos accepted the award for Best Group at the June 24, 2018 BET Awards, Offset told the audience, “I thank my wife. You should thank yours.” According to a marriage certificate filed in the state of Georgia, county of Fulton June 25, the rapper and his new pregnant wife, Cardi B, have been married for nine months. Sources close to the First Couple of Hip-Hop claim Offset woke up on the morning of Sept. 20 and said to Cardi B, “Marry me.” The same day, a public servant went to their Atlanta home and performed the nuptials. Sources say there will be an official ceremony before the baby is born next month. Meanwhile Cardi B had a baby shower in Atlanta this past weekend, where she was gifted with a baby Bentley and a gold-leaf bassinet.

Siedah Garrett, Grammy-winning and Academy Award-nominated singer/songwriter, was happy to receive her award from Earl “Skip” Cooper, Black Business Association president and CEO at the BBA’s “Salute to Black Music Awards Dinner” recently. The event was held in recognition of African-American Music Appreciation Month. This year’s theme is “The Business Behind the Music.” Other honorees included Valerie Ervin, president of the Ray Charles Foundation, and John Acosta, president of the American Federation of Musicians Local 47.

The Hamptons Heart Ball was a huge success Saturday night, June 23. The rain held off but the festivities did not. The American Heart Association’s 22nd annual Hamptons Heart Ball was held at the Southampton Arts Center in Southampton. The event was attended by 400 people and raised more than $700,000 to benefit the lifesaving work of the American Heart Association. The event honored Audrey and Martin Gruss and Dr. Apostolos K. Tassiopoulos, department chair of Vascular Surgery at Stony Brook and director of the Heart and Stroke Center at Southampton Hospital. The ball was co-chaired by Jean Shafiroff, philanthropist and author, and Chuck Simonton, M.D., chief medical officer and divisional vice president, Global Medical Affairs, Abbott. Entertaining the guests was master of ceremonies Greg Kelly.

The Apollo Theater in New York City announced that it will bring to its iconic stage two performances that continue its commitment to articulating and projecting the African-American narrative through art and culture. In October 2018, the Apollo will celebrate the 50th anniversary of “Say It Loud—I’m Black and I’m Proud,” the Godfather of Soul James Brown’s Black Power anthem, with the premiere of “Say It Loud—I’m Black and I’m Proud at 50,” under the musical direction of six-time Grammy Award-winner Christian McBride. In May 2019, in a coproduction between the Apollo, Baltimore Center Stage and Mosaic Theater, Kelvin Roston Jr. will pay homage to Donny Hathaway in the New York premiere of the one-man play, “Twisted Melodies.” Tickets for both productions will go on sale July 1.