A Black model tells all 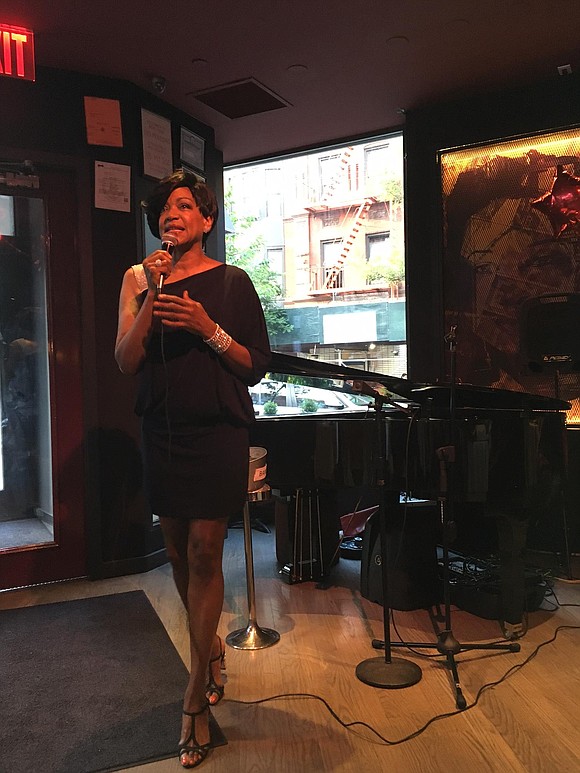 Author/model/actress Shailah Edmonds belts a song in French at Cecil’s Restaurant for her book signing. Renee/A Time to Style photos

If you are interested in becoming a model, read this book! For years, the behind-the-scenes life of a fashion model on and off the runway has been a mystery. Most models just won’t talk about it.

In “Wild Child to Couture Style: The Shailah Edmonds Story,” by Shailah Edmonds with Chester J. Flutz (Lyons Publishing, LTD), this top model/author tells all. Her book is an interesting, informative page-turner. At her recent book-signing, held at the Cecil Restaurant at West 118th Street and St. Nicholas Avenue in New York City, a fabulous group of Edmonds’ peers and close friends from the fashion industry gathered and praised he. One model (who wished to remain nameless) advised, “Young models must choose their friends wisely. It’s OK to say no to drugs and drinking. Taking care of yourself and sleeping are very important.”

It was a fashion family reunion. Oh, what fun! Surprisingly, Edmonds sings sassy jazz, too!

When we watch a glamorous model wearing a haute couture gown strut her stuff on the runway, she is the star of the moment. All eyes are on her. You can’t imagine what she’s been through or how hard she worked, and for how long, to attain her success. Each step has meaning.

Edmonds’s journey from her hometown in Portland, Ore. to Paris, France was filled with many obstacles (sex, drugs) that this strong, sophisticated lady had to overcome to achieve her success. “This book is a must-read for any young woman who dares to venture into the most demanding, high-paying profession of modeling,” noted Walter Jones, playwright-in-residence at the Public Theater in New York. “Ms. Edmonds shows how a novice can survive the daily rigors, just to stay focused to make this their lifelong profession.”

Today, a top-flight modeling coach, actress and jazz vocalist, Edmonds hails from humble beginnings. In “Wild Child to Couture Style,” she recalls a young love affair that lead to her becoming a teenage mother—putting an end to her dreams of becoming an actress or model. However, fate stepped in, and her dreams came true. Her rags-to-riches story proves that where there’s a will, there’s a way. Throughout her book, the author gives helpful tips.

She experienced quite a whirlwind, modeling internationally in Germany, Italy, France, Japan, the U.K. and more. She wowed the world, appearing on the covers of Time magazine, Women’s Wear Daily (six times), Elle, L’Officiel, Vogue and the Versace catalog. She walked the runways in fashion shows for Yves Saint Laurent, Dior, Valentino and many other glorious designers. There are many photos and images that chronicle the era when Black models were the rage in Paris. She pays homage to all Black models who became expats because of the lack of work in America. The book appeals to fashionistas of all ages and ends with a tutorial for aspiring models.

After a successful, lucrative career in Europe, she’s now back in New York City. Retired from the runway, it wasn’t long before Edmonds produced a top-selling instructional DVD, called “The Runway to Success.” She has also recently released a jazz CD, “Happiness Is Shailah Edmonds.”

“Wild Child to Couture: The Shailah Edmonds Story,” is available at Amazon and at www.shalahedmonds.com.