United Agenda: Immigrant children—Why we should all care 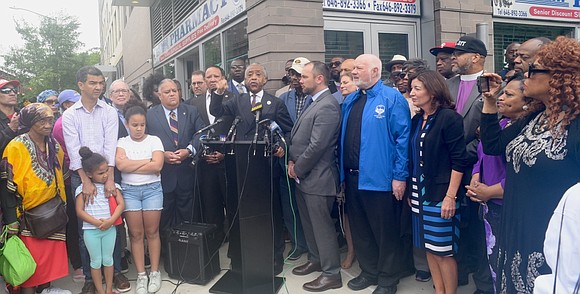 June 20, President Donald Trump signed an executive order that put an end to separating immigrant families at the U.S./Mexico border.

Observers say that the order does not state what the 45th president plans to do about the 2,342 children already separated from their families. According to diversity.com, NBC news reported that family detention centers might not be able to house the influx of families crossing the border.

Succumbing to considerable public pressure, the president issued an order stating that families will be detained together unless there is apparent danger to the child. Although no federal law exists dictating that families be separated, the administration insists that the “zero tolerance” policy at the border would act as a deterrent.

“The United States will not be a migrant camp and it will not be a refugee holding facility,” Trump reportedly said, according to NBC News. “Not on my watch.”

With all that being said, there is reportedly some concern in the Black community that too much attention is being paid to the separation at the border policy. After all, only people from Latin American nations are affected, they say.

In the meantime, news reports state that the administration is preparing to deport approximately 7,000 Ghanaians from the U.S. because they have overstayed their visas or broken the law, according to Citi News.

Trump announced in April plans to end Deferred Enforced Departure status for Liberian immigrants. According to The Guardian newspaper, approximately 4,000 Liberians in the U.S. hold the protected immigration status known as DED, which ended March 31. Observers say the president told those affected by his decision they have one year to get their affairs in order before they have to leave the U.S. voluntarily or face deportation.

Carl Dix, founding member and national spokesman of the Revolutionary Communist Party, USA, told the AmNews that when you “give a fascist regime their first win such as illegally separating Latino children from their parents, the next group to be attacked will be African and Caribbean immigrants.”

Congresswoman Yvette Clarke (D-Brooklyn) said, “All people of good faith must continue to resist Donald Trump’s dangerous and discriminatory policies.” The veteran lawmaker was responding to a question from the AmNews concerning a possible lack of compassion by some in the Black community.

“Black people naturally see the distinction,” Dr. Leonard Jeffries explained. “You can see the argument—they don’t give a damn about our families.”

Jeffries continued, “Systems analysis says we have to fight for these babies, even though they are Latino, but the paralysis of analysis—Yes, but what about us? It is a complex thing—can’t make it simple—we will have to stand with them because of our humanity.”

“These children and their families continue to be used as leverage by this president to enact divisive immigration policies, including his unnecessary $25 billion wall,” argued Clarke. She included in an email to the AmNews further evidence of how the immigration issue is being used as a tool of division in American society.