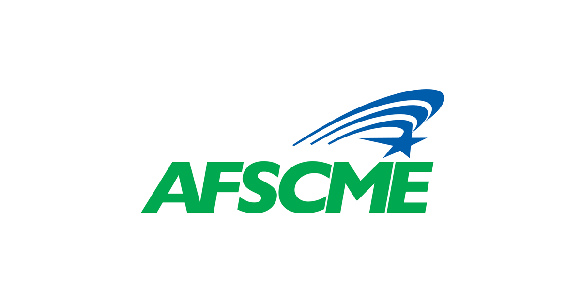 The U.S. Supreme Court has the fate of government unions in its hands.

Monday the court heard oral argument in Janus v. AFSME Council 31, a case that labor activists, union leaders and elected officials believe to be an attack on public-sector workers’ ability to organize and improve wages and working conditions.

The Janus v. AFSCME case involves plaintiff Mark Janus challenging having to pay union dues for public-sector unions, citing the First Amendment. Currently, all union-represented public sector workers have to pay dues, even if they don’t want to join the union, because the union negotiates salaries and benefits for them.

The National Right to Work Foundation and the Liberty Justice Center (the Illinois Policy Institute’s litigation wing) are bankrolling the case, hoping to smash government unions.

According to the transcript, William L. Messenger, staff attorney for the National Right to Work Foundation, said to the judges, “Abood should be overruled because it failed to apply heightened First Amendment scrutiny to a compulsory fee for speech to influence governmental policies.”

The case Messenger referenced was the 1977 Abood v. Detroit Board of Education case in which the Supreme Court ruled that workers were allowed to opt out of full union membership but still had to pay union dues. According to labor leaders who argued the case, because all workers are paid union wages regardless of membership, unaffiliated employees at the company should pay contract negotiating costs.

During the other side’s argument, Illinois General Solicitor David L. Franklin said, “This court’s cases uniformly recognize that the state has a much freer hand when it manages its personnel as an employer than when it regulates its citizens as a sovereign, and this has come up already today, that freer hand includes broad authority to put conditions on employees’ speech.”

Labor leaders were quick to announce their disgust with the case’s presence, the third time in five years a case involving public-sector unions and monthly dues made its way to the Supreme Court.

“America needs unions more than ever,” said 32BJ President Hector Figueroa in a statement. “When working people stick together in a union, they gain the power in numbers to raise wages and improve benefits like health care for themselves and their families.  Working people deserve the same freedom that corporate CEOs have.”

“The capitalist billionaires who are funding the case understand that organized labor has been behind every freedom and gain for working people: the eight-hour day, the minimum wage, Social Security, workplace safety regulations and more,” added Professional Staff Congress President Barbara Bowen, in an emailed statement. “They know that organized labor, especially in the public sector, has led the fight to defend public education, public health care, public libraries and public services. That’s exactly why they want to destroy us. But the history of the labor movement shows that workers have power when they stand together.”

But Janus doesn’t want to stand together; he wants to stand on his own.

“Government workers like me should not have to bear the burden of supporting political and policy causes we disagree with in order to serve our communities and state,” said Janus in an emailed statement. “The right to say ‘no’ to a union is just as important as the right to say ‘yes,’ but for over 40 years, government workers have been denied that right. I am hopeful that after today’s arguments, the United States Supreme Court will restore the rights of me and every other government employee in America.”

Jacob Huebert, of the Liberty Justice Center, agreed with Janus and wants to give workers the option to not pay dues.

“This is the biggest case for workers’ rights in a generation,” Huebert said. “No one should be forced to check their First Amendment rights at the door just because they want to work in a government job. Workers deserve a choice and a voice.”

A recent report by the Economic Policy Institute showed that the challenge to paying dues is being bankrolled by pro-business outlets hoping to strip the power away from unions and give it back to management and ownership, something that United Federation of Teachers President Michael Mulgrew knew.

“That’s why they’re going after one of the remaining institution that stands up to them—unions,” stated Mulgrew. “But educators aren’t falling for it. We are sticking with our union.”