Tuned in Soundtrack 63 at the Apollo 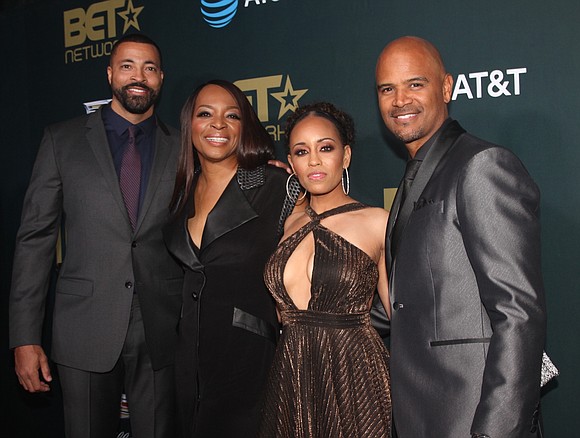 Don’t know how else to explain it, but I’m feeling real lost boyish this week. Pulled an “East Coast, West Coast, worldwide” move. Before bouncing to the left coast, I had to make it out to the Apollo Theater to experience Soundtrack 63. The way it was pitched, as a tool to honor, preserve and celebrate our resilience through a turbulent history while simultaneously displaying a genius level of musical artistry, made it seem like a daunting task. Therefore, I expected to enjoy it in sections but leave feeling a bit “ho-hummed” by the end of the night. Wrong!

The brainchild of Chen Lo, Asante Amin and the rest of the collective known as Soul Science Lab did indeed manage to exceed expectations. The images of just how far we have traveled from the ’60s, although inspiring, are also disturbing when we flip the mindset and think not that long ago we were in the ’60s. The music, however, both the songs selected and the execution by the 18-piece orchestra, provided the chi that balanced us as a captive Apollo Theater audience, as a microcosm and as a people historically. Great work, my dudes!

Next up was an event that was just as timely. For the past two weeks, the world has been engrossed by the majesty of a movie that scratched the surface of the untapped potential held by a unified Black Diaspora. Well, for the past few years, Jeff Friday has recognized just how powerful images emanating from the silver screen are. Serving as founder and CEO of the American Black Film Festival, Friday presided over year two of its annual ABFF honors at the Beverly Hilton in Los Angeles. “Some of you know that I did not enter this industry as an artist,” said Friday. “I came into this business as an advertiser with a profound love for art, and the ABFF became my canvas. It has allowed me to show my love of ‘all things Black,’ by curating experiences that promote our culture and support young creative people who are now changing the world.”

“Black-ish” (ABC) and “Insecure” (HBO) were announced as winners of the Television Show of the Year (Comedy) category.

For the second year in a row, “Queen Sugar” (OWN) took home the coveted Television Show of the Year Award (Drama). Ava DuVernay, along with the cast (Dawn-Lyen Gardner, Dondre Whitfield, Tina Lifford, Bianca Lawson and Timon Kyle Durrett), accepted the award.

Additional winners of the night included “Get Out” (Universal Pictures) for Movie of the Year.

Of course music had to be incorporated (What’s a movie without a soundtrack right?), so Grammy-winning artist Charlie, last name, Wilson, accompanied by the Adam Blackstone Band, bought the party train to an end with the affirming selection, “I’m Blessed,” and the classic, “Outstanding.”