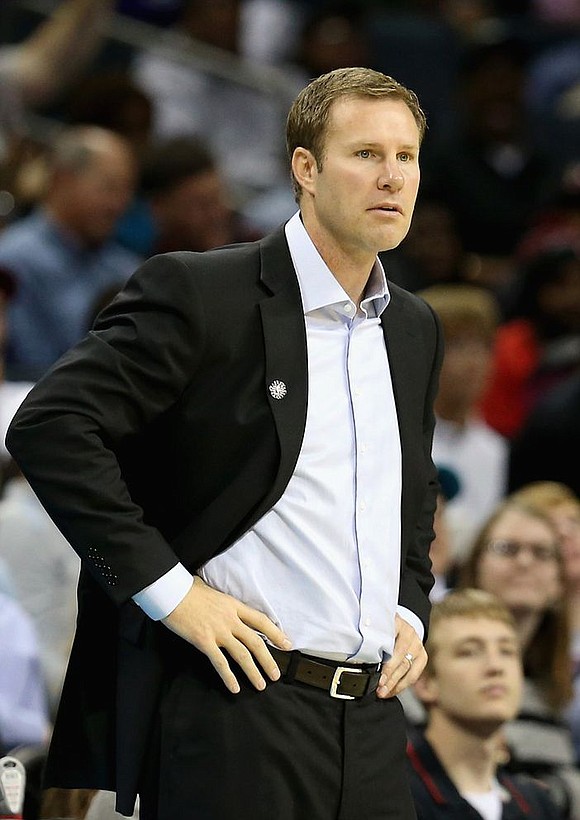 With the Big Ten Men’s Basketball Tournament being held at Madison Square Garden until Sunday, the ACC coming to Barclays Center next Tuesday and the Big East taking over the Garden’s court next Wednesday, you’d think that New York City was as big a college town as the triangle area of North Carolina, Louisville and Lexington, Ky., Michigan, Kansas, Texas or Virginia.

Three of college basketball’s premiere Division 1 tournaments are here in the city this month, maybe not at the most opportune time right now for college basketball, considering the latest allegations associated with an FBI-led investigation of NCAA recruiting violations that were initially brought to our attention in late September.

The focus of the investigation is alleged illegal payments that have been made to players. But what could also be investigated are NCAA rules that don’t address the million upon millions of revenue dollars that the NCAA generates, the huge salaries that their executives earn, their budgets and their expense accounts. Even with the huge salaries that head coaches earn, the endorsement deals, shoe and apparel deals and staffs of salaried coaches and assistants, a student athlete, such as Miles Bridges, a second year forward from Michigan State, the Big Ten Freshman of the year in 2017, is forced to donate $40 to charity to maintain his college eligibility because members of his family had a dinner valued at $40 that was paid for by a former sports agent in 2016. NCAA basketball and football is a business. There is a balance sheet.

Shabazz Napier, who played for the University of Connecticut, a key player in their two NCAA tournament championships in 2011 and 2014, now with the Portland Trailblazers, explained in 2014 how there had been nights when he was hungry as a student-athlete, not having funds to eat, further stating, “but I still gotta play up to my capabilities.”

James, an elite blue chip high school player, was highly recruited by the top colleges but was talented and fortunate enough to go directly to the NBA successfully in 2003 before the rule change in 2005 requiring a player to be 19 years of age and to have the experience of one year of college ball or a term overseas to be signed by an NBA team.

Fred Hoiberg, once a college player and head college coach for Iowa State, now the head coach of the Chicago Bulls, looks at it from multiple sides.

“Looking back on when I was a player, I would have said absolutely, I would have liked to have gotten paid, but I understand also the financial strain that is put on a university if you do pay the players, so I get it from both sides,” he stated after his team’s game against the Brooklyn Nets Monday night. “Everything is so up in the air right now until these investigations go through the process.”

With all that said, Michigan State, Ohio State, Purdue and Nebraska are the top four seeds, one through four in this season’s Big Ten at the Garden. Michigan, Indiana, Penn State and Maryland are five through eight. Wisconsin, Northwestern, Minnesota and Iowa are nine through 12. Illinois is seeded 13, and Rutgers University, the local team from New Jersey, is seeded 14.

The semifinals are scheduled for Saturday and the championship Sunday, closing out the first of the three major NCAA college basketball tournaments on the schedule here in the city this month.