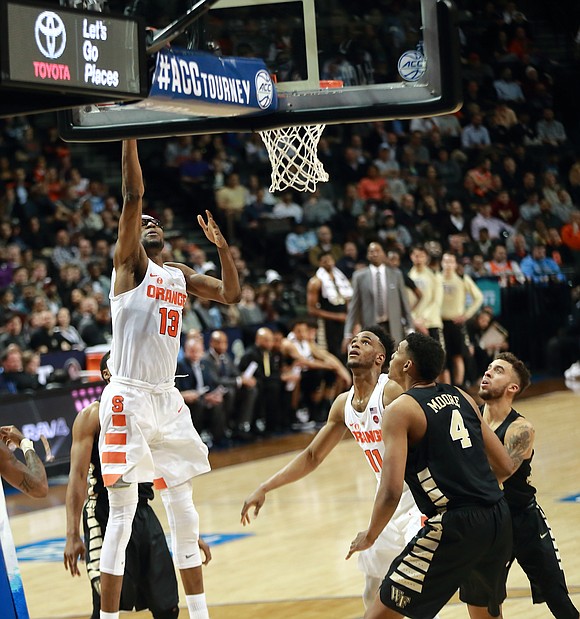 It’s unfortunate that next year will be the last year that the Atlantic Coast Conference Basketball Tournament will be hosted here in New York City, in Brooklyn. It will relocate back to North Carolina in 2020 now that the bathroom laws that had been enacted in 2016, causing protest and boycotts from the likes of Bruce Springsteen to the members of the ACC, were amended in 2017.

Along with Jim Boeheim’s Syracuse team representing the tristate area, the ACC brings Duke and the University of North Carolina to Brooklyn, Barclays Center, potentially for another game between the two Carolina rivals, the greatest rivalry in college basketball. It’s Yankees- Red Sox; Riverside versus Gauchos.

The rest of the Tobacco Road teams, Wake Forest and NC State, also from North Carolina, are also enrolled.

Saturday night, 8:30 p.m., is the ACC Championship. Winners get the trophy and receive an automatic bid to the NCAA Men’s Basketball Tournament. Duke has won the most ACC championships since it began in 1954.