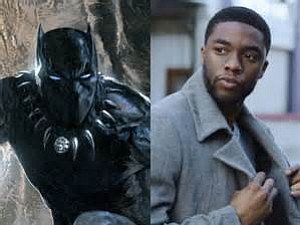 One of the reasons why the “Black Panther” film is a big deal is because America (and the rest of the world) have not fully understood the differences or oneness that exist between Africans and African-Americans. The latter do not exist. That ethnicity has been fabricated by America to continue to label people.

The “Black Panther” film gave us a glimpse of who we were as a people before slavery. It shows us how families were respectful, duties respected and woman honored. It shows us how indeed “going back to tradition is the first step forward.”

Being Black should be about Africa, the motherland.

An African living in the USA is considered African-American when he is just African. A Haitian becomes Haitian-American, a Jamaican becomes Jamaican-American and so on, thereby superficially associating them with America while dissociating them with Africa. Slavery, as Malcolm X put it, “caused Black people to lose their names, language, culture and by the way some of us act, we even lost our minds.”  How timely to mention Malcolm X, who most people don’t know was the inspiration behind Stan Lee and Marvel’s Magneto in “X-Men.”

Of the many things people of African descent have in common, the single most important one is probably that we’re all Black, and we were all abducted from Africa. However, a common enemy highlighted all our subtle differences and blew them out of proportion to divide and conquer us. As Kwame Nkrumah said, “I’m not African because I was born in Africa, but because Africa was born in me.” We, Black people, are all African. And although we might not have a physical throne to reclaim like T’Challa, we must all reclaim the spiritual throne of our minds in getting closer to the richness of tradition, knowledge and rituals of the African continent.

What a beautiful scene in “Black Panther” to see all the various tribes come together under one king. To see one respectfully—according to ritual tradition—challenge the other, and best of all, accept his defeat. How beautiful to see all tribes work together for the safeguard of Wakanda. These images are lessons for all Black folks all over the world.

During slavery we were forbidden from reading, writing and practicing all that is rightfully and naturally ours, be it a language, religion or tradition. One must pause and ask these questions: What strength existed in these things, and what can we gain by reclaiming them? Why did they forbid us from speaking our own language, carrying our own names and practicing our own religion? What can we possibly gain by reacquainting ourselves with them?

Another reason why the “Black Panther” film is so important is that every time we had a Black movie, we had too many non-Blacks acting as the experts on Blacks in the movie. Be it actors, directors, writers etc. “Black Panther” has a largely Black cast and production staff. Furthermore, these past Black movies have always portrayed Black pain, struggle and hardship through slavery, the ghettos and sports as if those are all there are to our stories. As fictional as “Black Panther” is, it doesn’t get more real.

Finally, and back to my point “going back to tradition is the first step forward.” Black people all over the world need to understand that our roots in some way, shape or form lie in Africa. Therefore, it is critically important to learn as much as we possibly can from the continent from which we are separated and scattered throughout the world. The dance tradition, the various tribes and certain rites of passage are all seeds from the movie that if properly watered can grow into the next real life Suri, M’baku or even Black Panther/King T’Challa.

“Black Panther” is purely a Black and African film in so many regards. From the African prints and adinkra symbols to the accents, the African names, the fictional—but not so fictional— Wakanda, to traditional healers and respect for women and the traditional dances and rituals. Even Erik “Killmonger” Stevens depicts the African-Americans’ justifiable anguish when he “discovers that the flag to which [they] have pledged allegiance…has not pledged allegiance to [them],” as James Baldwin puts it. “Black Panther” is second to none in the Marvel cinematic universe and in the motion pictures world altogether.

The “Black Panther” film isn’t just an opportunity to wear African attire for a day. It’s for every day. It’s not just talking about African royalty, history and tradition for a night, but rather a conscious decision to embark on a lifelong journey to learn and reclaim as much as possible of what has been taken from us as a result of slavery.

Black is beautiful, and the film and so much more prove it time and time again. But in the words of Lewis H. Michaux, “Black is beautiful. Black isn’t power. Knowledge is power. You can be Black as a crow or white as snow, but if you don’t know and you ain’t got no dough, you can’t go and that’s for sho’.”

So Black people all over the world who are thrilled about seeing “Black Panther” should be equally thrilled about learning how to take over and continue a Black family owned business or learn more about African history and tradition. They should be equally enthused about finding out the root and significances of all the African themes in the movie. How beautiful that we live in the information/digital age and that information is readily available with a few simple clicks. Or we can take it old school and go to a library to read books on our history.

Jaury Jean-Enard is the creative director and founder of the African Wardrobe Festival. He holds a Master of Science in mass communication with a concentration in global strategic communication from Florida International University. He is a frequent contributor to various newspapers on the topics of arts and culture, religion, marketing and communication.