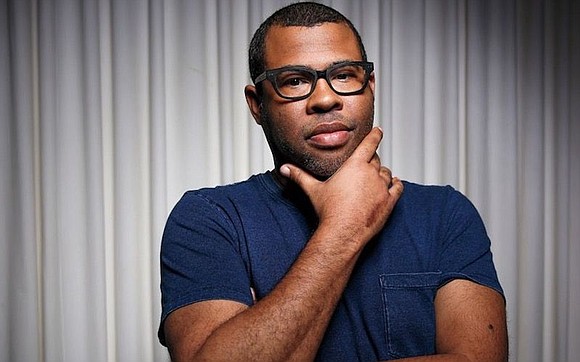 Our team was invited to cover Oscar’s 90th celebration with host Jimmy Kimmel, whose hilarious performance had the assembled press laughing throughout the evening. The members of the Academy team greeted us with such warmth, it was very humbling and it speaks volumes about the Academy members.

Here is an edited version of what the two Oscar winners Kobe Bryant (“Dear Basketball” for the Best Animated Short Film) and Jordan Peele (Best Original Screenplay) had to share on winning an Academy Award.

AmNews: You’re very welcome. Now, a lot of people talk about their heroes, but I have a question for you: Can you share the sheroes in your life?

Bryant: Oh, yeah. ... When I had the idea of starting a studio … the first person I called was Oprah. And I didn’t understand the business at all, as you can imagine, but I loved writing, so I wanted to build a studio. So I called Oprah, and she was very gracious enough to spend about an hour and some change on the phone with me walking me through every step of the way of how she built Harpo from day one. And I cannot thank her enough for that. She’s a mentor then, a mentor now.

Shonda Rhimes is absolutely amazing, and she opened up the door for me to go down to Shondaland and sit in the creative room, writers’ room and be on set. And so when you have mentors like that in your life, you know, it’s—everything tends to work itself out. You just continue to learn from the best of the best of the best. So those are my—those are two.

AmNews: How does it feel to be a part of one of the most memorable times for Black film?

Peele: Oh, my God. It’s a Renaissance. ... I’m so proud to be a part of a time—the beginning of a movement, where you—where I feel like the best films in every genre are being brought to me by my fellow Black directors. It’s very special, and I think that goes for all areas of inclusion, but it’s quite clear with the work that Ava is doing, that Ryan is doing, F. Gary Gray, Barry, that this is a very special time.

AmNews: You mentioned the crew during your speech. What do you —what can you tell us about the belowtheline crew specifically on your film?

Peele: You know, it’s such a scrappy group, and when I mean scrappy, we made this movie in 23 days, $4.5 million. I had people that I shouldn’t have been able to afford to do this movie because they believed in it, and they put their trust in my vision. My A.D., Gerard DiNardi, and his team worked miracles with the schedule we had and what we had to accomplish. My wardrobe department, Nadine Haders, my costume designer, worked miracles with what she had to work with. Toby Oliver and his department worked miracles. Rusty Smith. This is an independent film, and we—we sweated for it.

Peele: Well, you know, I didn’t know how important this was. I always wanted this, but the campaign is growing, and there are times where I questioned what is it all about. ...

When the nominations for this came together ... I had this amazing feeling of looking at the 12yearold that had this burning in my guts for this type of validation. ... I instantly realized that an award like this is much bigger than me. This is about paying it forward to the young people who might not believe that they could achieve the highest honor in whatever craft they want to push toward.