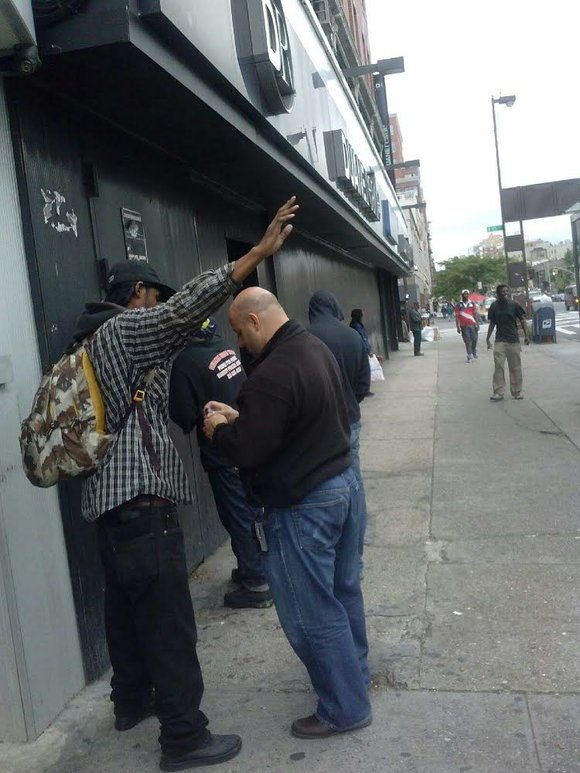 According to a new blockbuster exposé, NYPD officers were found to have lied on reports, driven while intoxicated, used excessive force, fired their weapons unnecessarily and made deadly threats. Many of the officers who committed these acts were put back on the street and kept their badges.

The NYPD is doing damage control again after the scathing report revealed that more than 300 employees who committed actions that could get them fired instead merely got a slap on the wrist.

The fallout comes after the website BuzzFeed published the findings this week. According to the article, between 2011 and 2015, 319 NYPD employees “lied, cheated, stole or assaulted New York City residents.”

Officers named in the article include Raymond Marrero, an officer who had a criminal record of offenses that includes false arrests, assaults and fabricating evidence. The city paid approximately $1 million in settlements because of Marrero’s actions under former police commissioner Ray Kelly.

When the story was published this week, Marrero was still on the job, making a $120,000 a year salary. The only discipline he received was losing 45 vacations days and dismissal probation.

Marrero is just the tip of the iceberg. Another officer, Lisa Marsh, working in the Bronx 48th Precinct, submitted false documents in connection with an investigation, Officer Carlos Reid gave false information to a district attorney and Detective Jesus Roldan lied to a grand jury under oath. All three are still working for the NYPD.

There were also officers found guilty of crimes that would normally get civilians fired or even jail time. Examples include a school officer who was found guilty of kissing a female student, another who sold prescription medication to an undercover officer and one who sexually touched a fellow officer.

who have received dismissal probation in the coming months.

In response to the article, NYPD representative Kevin Richard said the department is reviewing penalties for misconduct.

“The department is not interested in terminating officers that don’t need to be terminated,” he said. “We’re interested in keeping employees and making our employees obey the rules and do the right thing.”

The police officers’ union, the Patrolmen’s Benevolent Association, has not responded to the article since it was published.

The fight to bring the NYPD’s disciplinary records to light came to a head as recently as 2016 when the department was highly criticized for not releasing them. At the time, Mayor Bill de Blasio’s administration outlined legislation that would make disciplinary records of law enforcement officers subject to disclosure.

The NYPD uses Civil Rights Law Section 50-a, enacted in 1976, that prevents public release of officer personnel records and acts as a shield to protect law enforcement officers’ personal information. It was the subject of major discussion during the 2014 police killing of Eric Garner.

“Hold the NYPD and police officers accountable for misconduct, and stop the overbroad interpretation of Civil Rights Law 50-a that keeps police misconduct records secret,” the New York Civil Liberties Union said in a statement.

Reaction was almost instant as soon as the article became viral by advocates who said it proves the NYPD’s reckless culture. Many of the actions by the NYPD have put innocent people in prison.

“Internal NYPD files show that hundreds of officers who committed the most serious offenses—from lying to grand juries to physically attacking innocent people—got to keep their jobs, their pensions and their tremendous power over New Yorkers’ lives,” The Legal Aid Society said in statement.

Advocacy group Communities United for Police Reform said the report is an example of the culture within the NYPD that permits officers to act above the law.

The issue of Civil Rights Law Section 50-a was raised during the preliminary ruling in December 2017 by Supreme Court Justice Manuel Mendez in a lawsuit brought by the family of Ramarley Graham. The NYPD refused to comply with a FOIL request for information related to Graham’s 2012 police killing.

“Incredible that NYPD is acting like they are the victim of 50-a when they, under de Blasio, are the ones who came up with new legal interpretation that conceals more info from the public,” CPR said.