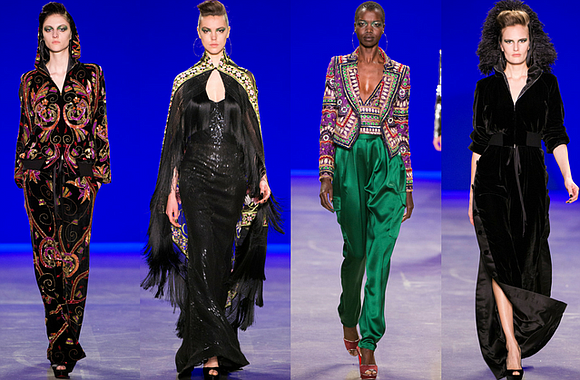 At Telfar’s show, there were various musicians modeling and performing on the runway. The Liberian-American designer is in the business of creating a new business. From time to time, the business has been called fashion. Viewing his New York Fashion Week fall/winter 2018 collection was quite entertaining, and the audience had fun.

At the age of 18, Telfar Clemens launched his eponymous line in 2005. He concentrates on unisex styles. He has developed a remarkable brand and a design vocabulary that’s uniquely democratic and strikingly original.

Laying the blueprint for today’s avant-garde, Telfar was genderless a decade before the trend arrived. Clemens’ projects create a horizontal cultural impact. His collaborations with Solange Knowles at the Guggenheim Museum are a highlight in his career. Known for designing the nationwide uniforms for more than 10,000 employees of the fast-food chain White Castle, Clemens is a designer who’s on the rise, carving out his own platform on America’s fashion scene.

In a dressier category, Naeem Khan creates clothes for many of the world’s most stylish women, and his name is well-recognized. For fall/winter ’18, his collection did not disappoint his audience. On the runway, his creations received applause. In fashion, Khan is committed to adorning elegant women in clothes befitting their refinement. His glittering fan base of starlets and socialites includes Beyoncé, Pénelope Cruz, Lea Michele, Taylor Swift, Lady Gaga, Jennifer Lopez, Sarah Jessica Parker, Emily Blunt, Katy Perry, First Lady Michelle Obama and Queen Noor of Jordan.

Khan’s luxurious collection consists of impeccably cut dresses, sophisticated gowns and chic separates. In his collection, all embroidery is by hand. Born in India, Khan grew up surrounded by his country’s culture, architecture, history and design. He cultivated textile knowledge under the watchful eyes of his grandfather and father. They are both well-known in India for designing intricate clothing for the royal families. As a child, he was mesmerized by the work produced in their workshops. He always knew he wanted to be part of their intensely visual medium. As a teenager, Khan moved to the United States and apprenticed for Halston.

While there, Khan learned the secrets of draping and cutting fabric to create a clean, elegant, timeless silhouette. Between the equally opulent but aesthetically opposite worlds of his father and Halston, Khan’s style was nurtured and his aesthetic was born. He launched his brand, Naeem Khan, in 2003 and began selling at Bergdorf Goodman, Neiman Marcus and Saks Fifth Avenue. Since then the collection has grown to be sold at more than 100 specialty stores across the world. His runway shows are among the most anticipated events of New York Fashion Week.

His daytime separates, cocktail dresses and gowns are smart styles, fit well and are easy to wear. He also designs faux furs and accessories. Khan’s bridal designs are gorgeous. His clothes are sold globally at Bergdorf Goodman and Mark Ingram Bridal Atelier in New York.