Protecting SNAP is the healthy choice 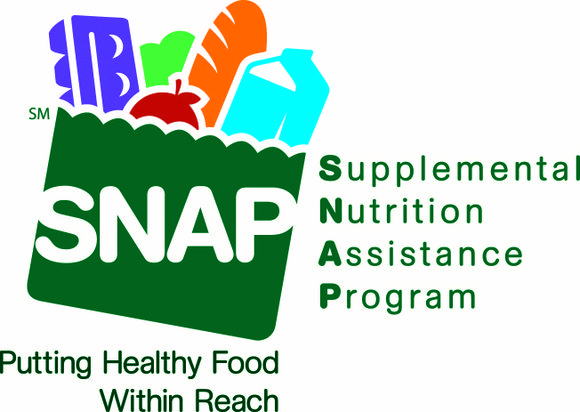 Obesity rates continue to increase, and diabetes, heart disease and other preventable illnesses rip families apart and cut lives short. Is it smart economic and health policy to turn the Supplemental Nutrition Assistance Program, or SNAP, colloquially known as food stamps, into a packaged food distribution service to the poor? It isn’t. Yet, that’s exactly what Office of Management and Budget Director Mick Mulvaney announced would be proposed in the Trump administration’s Fiscal Year 2019 budget.

The budget’s call for “nutritious, 100-percent U.S. grown and produced food” is essentially double-speak for a group of packaged, processed and sugar-laden foods such as canned beans; canned meat, poultry or fish; canned fruits and vegetables; and juices, peanut butter, ready-to-eat cereals, refined grains and shelf-stable milk. Nowhere in the guidance document for the U.S. Department of Agriculture’s “America’s Harvest Box” does it mention fresh fruits and vegetables, nuts, seeds or other healthy items. Ultimately, the policy is tone deaf to the public health crisis of preventable illnesses, which will only be exacerbated by providing low-income individuals and families with these harmful foods.

According to the Center on Budget and Policy Priorities, SNAP provides sustenance to nearly 3 million recipients in New York State, of whom more than half a million live in Brooklyn. Nearly half of these recipients are working people, the elderly, disabled individuals, veterans and single mothers with children. Many are working two or three jobs just to keep their heads above water. They qualify for SNAP because their income is at or below the poverty line. For a single working mother struggling to make ends meet in communities such as Brownsville, Brooklyn or Brownsville, Texas, SNAP is the main source of government support that sustains her and her family. These vulnerable populations need nutritious foods to sustain long-term health.

This proposed SNAP reform would have the federal government decide what these families have to eat without allowing for any cultural or dietary restrictions or considering nutritional value. It will remove the food security that the program currently provides by sending millions of SNAP recipients across America, who oftentimes live in food deserts, a box of unhealthy foods that will contribute to more health problems, increased doctor visits, and cause long-term developmental challenges for children.

Based on statistics compiled by the Institute for Policy Research at Northwestern University, the current SNAP system has produced long-term health benefits for young children from working families. Children born into families receiving food stamps have a lower metabolic syndrome index than children living in families that received food stamps at a later stage of that child’s development. This outcome is attributable to the ability of these families to purchase foods at one of the thousands of registered vendors across the country where SNAP is accepted, including grocery stores and supermarkets.

The sheer danger of providing vulnerable, low-income Americans with processed foods cannot be understated. As an elected official who has battled type 2 diabetes and a medical practitioner who has fought to advocate for healthy lifestyle choices, respectively, we have been at the forefront of helping people make better food choices to prevent health problems. The science is clear in revealing the power of nutritious foods such as cruciferous and leafy vegetables, fresh beans, fruits, nuts and legumes, spices and whole grains in preventing a range of diseases, reducing medical visits and ensuring long-term health.

The Trump administration’s justification for this dramatic change is that a streamlined, state-managed revamp providing a set of predetermined foods would stretch the taxpayer’s dollar twice as far and save federal coffers more than $129 billion over the next decade. Yet, the $73.2 billion that SNAP benefits will cost in FY19 pales in comparison with the health care costs associated with treating diabetes caused by poor diet. According to the National Institutes of Health, by 2030, annual spending on treating diabetes and its complications is projected to increase 53 percent to approximately $622.3 billion because of a 54 percent increase in diagnosed and undiagnosed diabetes among a projected 55 million Americans.

Implementing a flawed food policy to supposedly reduce government spending will only exacerbate those costs for the government, health care providers and social services, while simultaneously ensuring that more Americans, particularly those with the lowest incomes, will be struggling with poor health for generations to come.

Eric L. Adams currently serves as the borough president of Brooklyn. David M. Dunaief, M.D., is an internist specializing in integrative medicine, focusing on prevention and treatment of chronic diseases through nutrition, fitness and stress management.