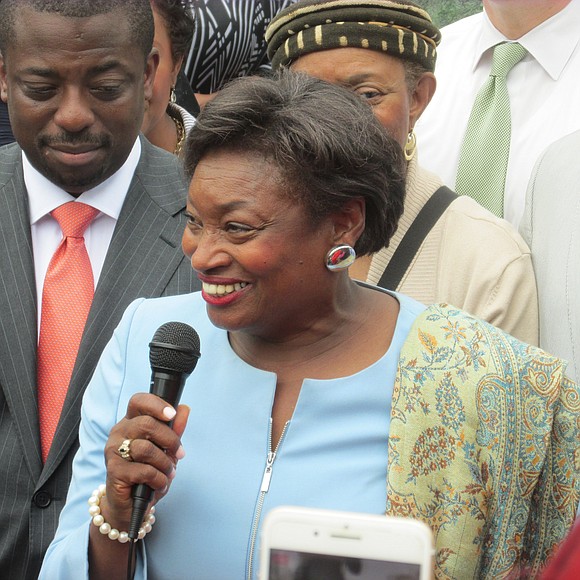 New York State Senate Democrats hope to push some of their agenda through, but Republicans in Albany have blocked some of the issues they hold dear.

Union leaders have now added their voice to the debate with hopes of pushing the agenda forward.

In terms of policies, the Democrats want to pass the DREAM act, the Child Victims Act, anti-gun violence legislation, affordable quality health care and voting and ethics reforms. They also want to reform and modernize the criminal justice system.

According to Senate Democrats, the Republicans have refused most of these proposals through the State Senate, but they’re hoping to get them in through the state budget.

“With Donald Trump in the White House and Washington dominated by forces opposed to New York values, we have a responsibility to use the State Budget to enact real reforms for our state’s residents,” said Senate Democratic Leader Andrea Stewart-Cousins in a statement. “We need to modernize the criminal justice and electoral systems, implement protections against sexual harassment, pass the Child Victims Act and DREAM Act, make health care more accessible and affordable and finally confront gun violence with common sense protections.”

United Federation of Teachers President Michel Mulgrew is standing with Cousins and the Democrats and said Albany needs to add more school aid to its agenda and invest in professional development through Teachers Centers across the state.

“The Senate Democrats’ education priorities put the emphasis where it should be: preserving direct classroom resources and protecting the state’s most vulnerable populations,” said Mulgrew in a statement.

In a budget letter addressed to State Sen. John Flanagan, signed by Cousins and Ranking Member of the Senate Finance Committee Liz Krueger, Senate Democrats want the subjects that have been on the tongues of many New Yorkers addressed in one way or another.

“While the budget is primarily a financial document that allocates billions of dollars of revenue and aid for various purposes, it has also become the main policy document generated by the state and, as such, the Senate Democratic Conference proposes essential reforms and initiatives to be included in the Enacted Budget Critical priorities, including supporting tax fairness for New Yorkers, substantive criminal justice reform, enacting a comprehensive agenda to support women’s rights, boosting funding for the New York City Housing Authority, promoting sensible gun reform, supporting repairs and improvements to restore good service throughout the MTA and ensuring that critical health care and education priorities are given the full funding and support they deserve,” read the letter.

The agenda is something that two union leaders said they could get behind.

“Our mission is to improve the lives of working men and women in New York and this statement of budget priorities includes many of our shared goals to do just that,” added New York State AFL-CIO President Mary Cilento in a statement.