Hamilton, the college basketball coach, not the play 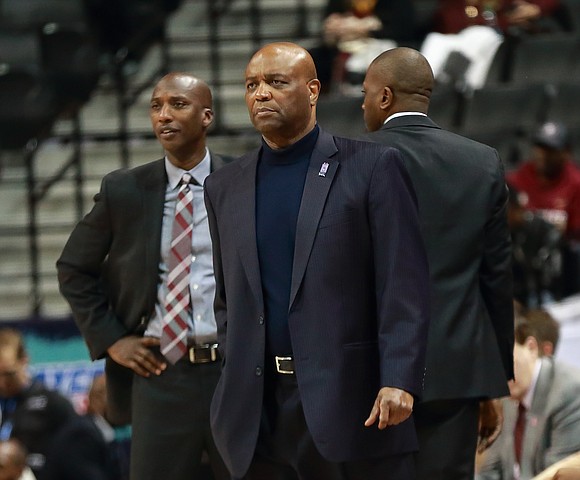 Fifty-two out of 68 teams are done, including North Carolina, the defending NCAA champions and the University of Virginia, this year’s overall 1-seed defeated by a 16-seed, the first time in 136 attempts. Xavier, one of the other three lower 1-seeds, is also through. The second round has been telling.

The Sweet 16 begins today (Thursday). Among the remaining teams, Leonard Hamilton’s Florida State Seminoles is among them, still standing in all of this March’s madness. The 9-seeded Seminoles defeated top-seeded Xavier 75-70 Sunday, in a second-round upset, securing their scheduling tonight (Thursday) against Gonzaga, a 4-seed in the West region.

“We were much better than Xavier in the last two-and-a-half minutes of the game,” said Hamilton, head coach of the Seminoles, analyzing his team’s victory. “Sometimes when the games are close, that’s all that’s important.”

The winner of Florida State-Gonzaga matchup advances to the Elite Eight this weekend, culminating with the Final Four and the NCAA championship.

Florida State has a 21-11 record this season, 9-9 in their ACC conference. Sunday’s win was a payback of sorts after being defeated last year 91-66 in the same round by Xavier.

Hamilton has been the head coach at Florida State since 2002. He’s been voted ACC Coach of the Year twice, first in 2009 and again in 2012, the year his team also won the ACC championship.

Hamilton was also voted Big East Coach of the Year in 1995 and in 1999, when he coached the University of Miami. He’s the first coach to receive those honors in both conferences.

At 69, Hamilton is the elder statesman, the longest tenured of the tournament’s other Black coaches, and the only one to make it this far into this year’s NCAA national tourney. He’s among the coaches and teams that have destroyed your bracket.

LeVelle Moton, head coach of NCCU, was the first to go, getting knocked out of the bracket in the opening round of these one-and-done games. Cuonzo Martin, head coach of the Missouri Tigers, lost to Hamilton in Round 1. Shaka Smart of Texas lost to Nevada. Ron Hunter of Georgia State lost to Cincinnati. Mike Davis of Texas Southern lost to Xavier. Travis DeCuire of the University of Montana lost to Michigan. Ed Cooley of Providence lost to Texas A&M. Nathan Davis of Bucknell lost to Michigan State. Earl Grant of College of Charleston lost to Auburn. Kevin Keaton of NC State lost to Seton Hall. Dedrique Taylor of California State Fullerton lost to Purdue. Mike Jones’ Radford Highlanders team was defeated by Villanova.

In Round 2, LaVall Jordan of Butler lost to Purdue, and former NBA player and coach Avery Johnson, now in his third season as head coach of Alabama, like Radford, also lost to the 1-seeded Villanova.

In Hamilton’s 30-year career as a collegiate head coach, his teams have qualified for nine NCAA tournaments and 11 NITs. This appearance is his third Sweet 16 appearance. As an assistant coach, Hamilton won an NCAA championship ring with Kentucky in 1978. They lost the championship in 1975. The team also made a Final Four appearance in 1984.