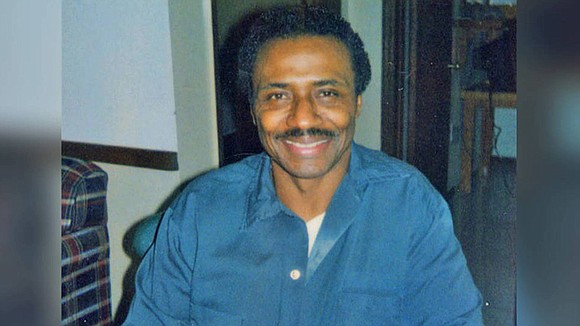 After being denied seven previous times, political prisoner-of-war, Herman Bell, was granted parole Wednesday, March 14, when a New York State Board of Parole three-member panel unanimously agreed that his “debt has been paid to society.” He has been incarcerated since September 1973 for the May 21, 1971, murders of NYPD officers Joseph Piagentini, 28, and Waverly Jones, 33.

Local activists are calling for mass public support because the approval has raised the ire of several law enforcement officials and politicians who are threatening to fight the ruling.

“46 years is long enough!” declared activist Dequi Kioni-Sadik. “Who among any person is the same person they were 46 years ago? The parole board was not only humane, but they followed the law by granting his release. Are the police suggesting that the parole board disregard the law in order to keep him inside?”

The board sent Bell’s attorneys a letter last week explaining they considered his age, impeccable disciplinary record, earning bachelor’s and master’s degrees, having several job offers and “compiling a sturdy network of supporters,” as well as his “finally taking responsibility for [his] actions” and expressing “regret and remorse for [his] crimes,” as factors.

“Your crime represents one of the most supreme assaults on society,” they wrote, but his release will “denote rehabilitation as core to our system of criminal justice.”

They quoted him from their March 3 interview: “There was nothing political about the act, as much as I thought at the time. It was murder and horribly wrong. I feel great remorse for having done it.”

They also referred to a “noteworthy” letter from Jones’ family that “played a role” in their decision, which expressed, “We have forgiven him,” adding that approval “would bring joy and peace.”

The letter continued, “On the other hand, to deny him parole again would cause us pain as we are reminded of the painful episode each time he appears before the board.”

Bell’s attorney, Robert Boyle, said Bell “had satisfied all the criteria for parole.”

Boyle continued, “In our view, justice was served. The issue before the parole board was whether, given certain criteria, it is reasonably probably whether Mr. Bell would lead a crime-free life if released. He has become a mentor to younger prisoners, counseling them on leading a crime-free life.”

But Piagentini’s widow, Diane, along with the NYPD and several politicians, opposes Bell’s release.

“We’ve been betrayed,” Piagentini expressed, also urging that the public support her by contacting the governor and board members. “He’s an assassin. They’ve chosen to release one of the most dangerous criminals of our time.”

After a mistrial, a jury convicted Bell, Anthony Bottom and Albert Washington of first-degree homicide of the two cops, handing them 25-years to life sentences. Since the very beginning, the three Black Liberation Army comrades claimed innocence and that they’d been framed by the government’s covert destabilizing campaign. But by 2012 they allegedly admitted guilt, perhaps hoping to be freed.

Reports stated the two cops had responded to a 911 call from the Colonial Park Houses (now Rangel Houses) and were ambushed as they returned to their parked squad car at 155th Street near Macombs Dam Bridge. Prosecutors claimed the call was meant to lure police for an attack.

“I hope he can be free to continue doing the work that he’s doing,” said the Rev. Herbert Daughtry. “I think he can make a positive contribution.”

Bell, 70, declined comment “out of respect to the victims’ families.” He plans to return to his wife and family in California. He is scheduled to be released April 17, and Bottom, aka Jalil Abdul-Muntaqim, is up for parole in June. Washington died in prison in April 2000 of cancer.