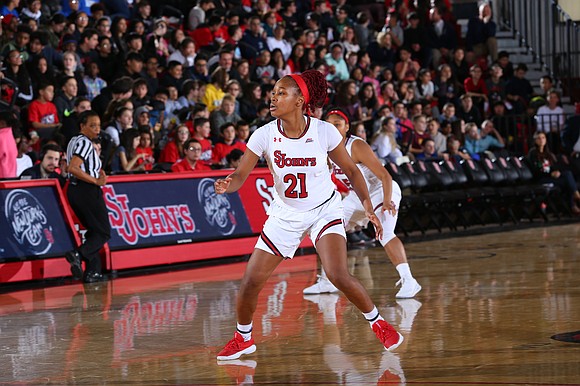 It was one-and-done for the lone New York/New Jersey team in the NCAA Division I Women’s Basketball Championship as Princeton University fell to the University of Maryland 77-57.

There have not been any major upsets in the first two rounds of the tournament. As expected, University of Connecticut handily dispatched its first two opponents, St. Francis (Pennsylvania) and Quinnipiac. Next up for UConn is Duke. Should the Huskies prevail, the next game will likely be against the University of South Carolina. This matchup was one many hoped to see as the title game, but some rough spots in the Gamecocks’ season left the team with a No. 2 seed.

Noteworthy teams making some noise include Texas A&M, which survived a nail-biter against DePaul, Buffalo, Oregon and Oregon State. Mississippi State heads into its Sweet 16 game against NC State still riding the wave of last year’s Final Four upset over UConn. Louisville, the No. 1 seed in its region, is looking for a return trip to the Final Four and next takes on Stanford.

“Obviously, I think everybody is shooting for UConn and certainly trying to come after them, but as we saw last year, anything can happen,” said St. John’s University coach Joe Tartamella. “UConn’s region is pretty difficult…but certainly any team that’s in postseason in the tournament knows that every game is going to be difficult.”

In other postseason action, two local teams remain alive in the Women’s NIT Postseason Tournament. Of the four NY/NJ teams entered, Seton Hall and Marist lost in the first round. St. John’s University, which in the first two rounds defeated Marist and Penn, and Fordham, which prevailed over Harvard and Drexel, are into the round three. Thursday night, St. John’s takes on Duquesne at St. John’s while Fordham plays Virginia Tech at Virginia Tech.

“This was an incredible road win over a really good Drexel team,” said Gaitley. “Bre had a terrific offensive game and our defense carried us down the stretch. Going to the Sweet 16 is super special and we’re ready for more.”