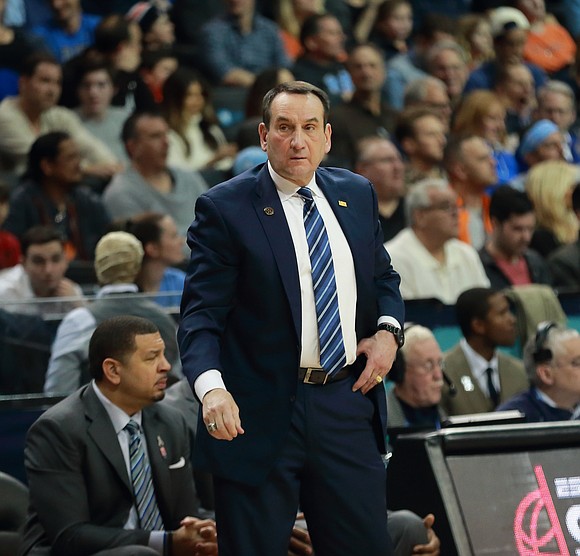 Even though there was no clear-cut favorite to win this year’s NCAA national tournament, the University of Virginia was the overall top-seeded team to qualify because of their regular season, 31-2 record.

No. 1 seeds such as UVA are expected to advance. For example, in 135 first-round national tournament basketball games, no 16-seed team has ever beaten a 1-seed until UMBC, the University of Maryland, Baltimore County Retrievers, listed in Vegas as a 20-plus point underdog, defeated Virginia Friday night, shockingly, 74-54.

“I don’t know what to say, but that was a thorough butt whipping,” said Tony Bennett, Virginia’s head coach.

Historic and horrific. A week before, Virginia was cutting down the net—triumphant at Barclays Center in Brooklyn, the court floor filled with confetti—after defeating North Carolina in the championship game, Clemson and Louisville, winning the ACC tournament. And then…

“And then we make history by being the first 1-seed to lose,” said Bennett. “I told the guys, ‘This is life. It can’t define you. You enjoyed the good times, and you gotta be able to take the bad times. When you step into the arena, the consequences can be historic losses, tough losses, great wins and you have to deal with it.’”

This tournament was only UMBC’s second appearance in the NCAA National Tournament. They first qualified in 2008. Their 15 minutes of newly found fame was ended by Kansas State, a 9-seed, 50-43 in Round 2 Sunday. K-State advances to face Kentucky, a 5-seed tonight (Thursday) in the Sweet 16, as did Loyola Chicago (11) to play Nevada (7), Florida State (9) to play Gonzaga (4) and Texas A&M (7) advancing to play Michigan (3).

Four Sweet 16 games are scheduled for Friday: West Virginia (5) versus Villanova, one of the two remaining 1-seeds; Texas Tech (3) versus Purdue (2); Clemson (5) versus Kansas, the other remaining 1-seed; and Syracuse (11) versus the Duke Blue Devils (2). Each of the last two teams is headed by one of NCAA basketball’s elite coaches, Jim Boeheim (Syracuse) and Mike Krzyzewski (Duke).

Winners advance to the Elite Eight scheduled for Saturday and Sunday, the Final Four Saturday next weekend, March 31, and the NCAA championship April 2.