Why do Americans need violence and guns in 2018? 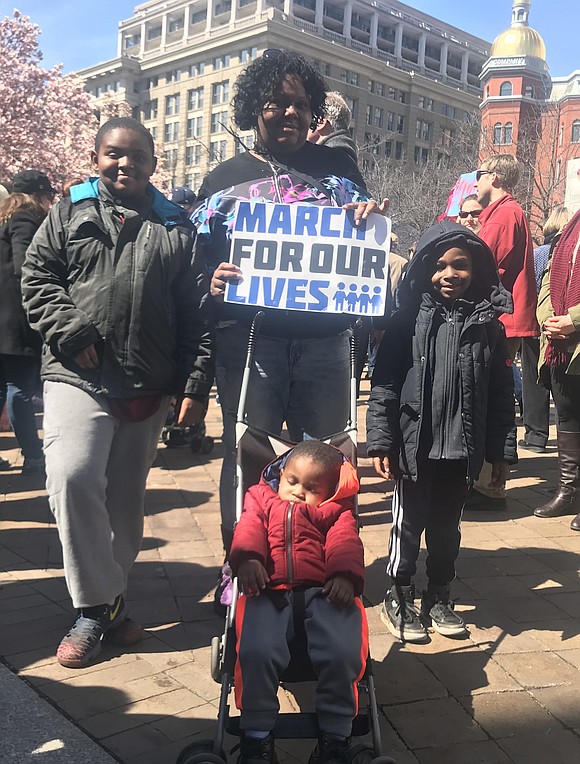 As millions of protestors (mostly young people) descended on the mall in Washington D.C., and rallied around the country and around the world, Republicans and President Trump asked, “Why?”

“On March 24, 2018, the kids and families of March for Our Lives will take to the streets of Washington D.C., and cities across the country to demand that their lives and safety become a priority and that we end gun violence and mass shootings in our schools today,” said Cameron Kasky, a student from Marjory Stoneman Douglas High School in Parkland, Fla. “My classmates and I created the #Never Again movement as well as March for Our Lives.”

“On February 14, 2018, a gunman stormed Marjory Stoneman Douglas High School in Parkland Fla., killing 17 people and injuring 20 others. Parkland police arrested former pupil Nikolas Cruz 19, who was expelled from the school in 2017,” reported Imogen Groome of The Sun.

There is an epidemic of mass shootings in America, and at any public event, it can happen. Americans are becoming desensitized to these violent events, and they feel there is nothing they can do. In one of the most violent countries with guns on the planet, the citizens believe they cannot live without guns.

According to the Brady Campaign to prevent Gun Violence, 318 Americans are shot every day—96 die of gunshot wounds and 222 are shot and survive. Millions of guns are sold annually, and 40 percent are sold without a background check.

The National Rifle Association, gun lobbyists and gun manufacturers spend millions of dollars to influence politicians and legislators to support the need for guns and violence. There are more than 350 million legal gun holders and possibly another 100 million illegal gun holders.

To prevent and stop gun violence, Americans must first admit there is a problem with gun violence in the country.

“The children of this country can no longer go to school in fear that each day could be their last,” said Kasky. “Students will no longer risk our lives waiting for someone else to take action to stop the epidemic of mass school shootings that has become all too familiar.”

There is almost one mass killing every day and it can almost happen anywhere, at any time. Most Americans will agree that closing loopholes in background check laws would stop many dangerous people from buying firearms, but the biggest problem in this country is there are far too many guns.

Japan has fewer than one gun per 100 people and fewer than 10 gun deaths each year in the entire country. Based on Japan gun numbers, fewer guns equal fewer deaths, and America’s gun ownership numbers are moving in the wrong direction.

America has more guns than any other country in the world. “Yet our laws have focused more on weapons themselves [such as the assault weapons ban] rather than on access,” wrote Nicholas Kristof of The New York Times. “In many places, there is more rigorous screening of people who want to adopt dogs than of people who want to purchase firearms.”

More guns kill more people and fewer guns kill fewer people. Shut down the NRA and the gun industry, and America will be a safer place.