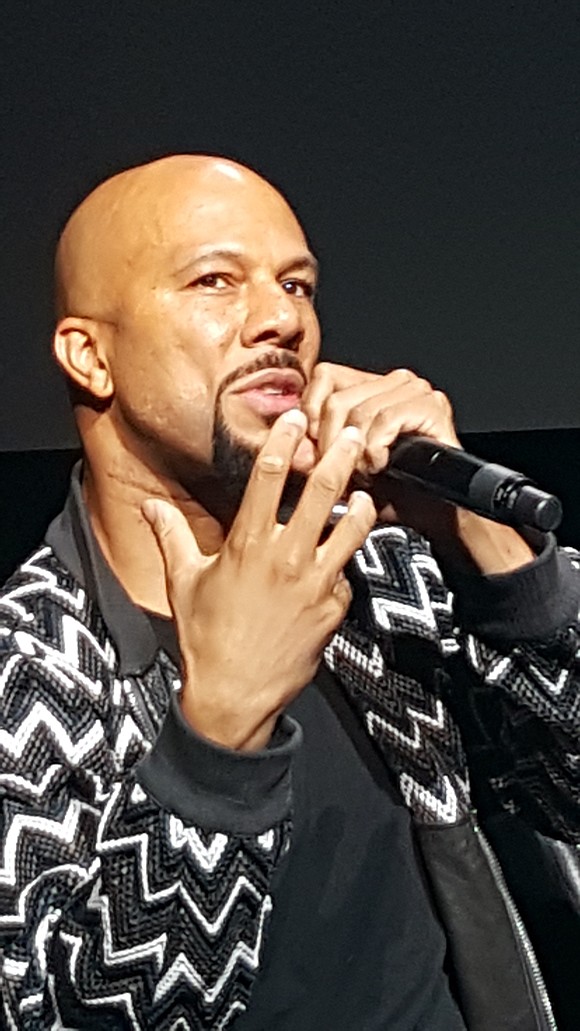 Oscar winner, Brother Common, is coming to Harlem and taking to the stage to lend his voice to the premiere of the theatrically staged reading of Ta-Nehisi Coates’ award-winning book, “Between the World and Me,” April 2 and April 3.

This must-not-miss event will take place on the historic stage of the Apollo Theater located in Harlem. The performance will bring together the musical composition of MacArthur “genius” Jason Moran, and that’s just the beginning of how this material will come to life.

“Between the World and Me” has an exclusive two-night run at the Apollo April 2 and April 3, 2018, culminating in a final one-night-only performance at the John F. Kennedy Center for the Performing Arts April 7 in Washington D.C.

The reading will feature excerpts of the book performed by Angela Bassett (“Black Panther,” “9-1-1”), Common (“John Wick 2,” “Selma”), Susan Kelechi Watson (“This Is Us”), Joe Morton (“Scandal”), Michelle Wilson (“Sweat,” “A Raisin in the Sun”), Pauletta Washington and Marc Bamuthi Joseph. Common, Angela Bassett and Michelle Wilson will appear on the first night of the two-day run April 2, and Susan Kelechi Watson and Pauletta Washington will make special appearances for the April 3 show.

The reading was conceived and is directed by Apollo Executive Producer Kamilah Forbes in her first full season at the Apollo,

‘Between the World and Me” concludes the nonprofit theater’s season of expanded programming and enforces its commitment to celebrating African-American arts and culture, supporting emerging and established artists and serving as a cultural and civic resource for students, families and the larger Harlem community.

“Between the World and Me,” which won a National Book Award in 2015 and was nominated for a Pulitzer Prize, will take its stage form as a series of excerpted monologues, performances, design projections and musical interludes orchestrated by the Apollo’s creative team. The book explores issues of racism and violence in America, as well as the perception of what Black male identity looked like during Coates’s young adult life and how it is perceived today.

“What initially inspired me to bring ‘Between the World and Me’ to the Apollo stage was the concept of what literature looks like when performed,” said Forbes. “Reading ‘Between the World and Me’ was a very raw, personal experience. Ta-Nehisi creates an undeniably bold conversation about the Black body, and the Apollo, as a champion of its community, has opened its doors for generations to discussions like this. I wanted to take the feelings that the book inspires from the solitary act of reading and transform them into a collective experience, both for the audience and the performers.”

“Between the World and Me,” for which Coates initially drew inspiration from James Baldwin’s “The Fire Next Time,” is written as a first-person letter from Coates to his teenage son. The author draws on his youth in Baltimore to bring his son into a critical conversation about America’s wrenching history and relationship with racism and violence against Black people. The urgency of communicating these topics was initially sparked by a 2013 meeting with President Obama, during which Coates debated the level to which the president’s policies sufficiently addressed racial disparities. Like Coates’s letter, the production will be divided into three parts: Coates’s experiences as a young man in Baltimore, including his pivotal five years attending Howard University; his life after the birth of his son; and a meeting with Mable Jones, the mother of the late Prince Jones Jr., who was the fatal victim of a police shooting in 2000.