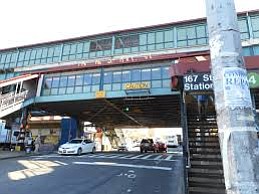 Despite the controversial nature of the plan, the Jerome Avenue rezoning plan passed with little resistance in the New York City Council this month. The plan was initially approved by the City Planning Commission in January and the Land Use and Zoning and Franchises subcommittees earlier in March.

“This plan marks another milestone in the important progress we are making to build a fairer and more affordable New York City,” said de Blasio in a statement. “With the Jerome Avenue Neighborhood Plan, this Bronx community will, for the first time ever, get the overarching city investments and protections it richly deserves. Residents and businesses will see safer streets, better parks, new schools and upgrades to the beloved Davidson Community Center.”

The rezoning plan covers a 92-block section of Jerome Avenue that runs through parts of Mount Hope, Fordham, Concourse, University Heights, Morris Heights, Highbridge and Mount Eden. It’s the fourth rezoning plan passed by the Council under the de Blasio administration as part of a plan to construct 300,000 affordable housing units by 2026. This particular rezoning would help with the construction of 4,000 residential apartments (privately owned). The plan would also include a new gym/auditorium hybrid at P.S. 247, a 458-seat primary school and $1.5 million fund to help the auto-related businesses relocate.

Currently, this stretch of Jerome Avenue is home to car garages, auto repair and accessories shops and residential units. Before this new plan, zoning for the area only fostered industrial and commercial uses.

Opponents of the rezoning believe that the plan could push out small businesses and residents in an area where 20 percent of the occupants make less than $10,000 annually. Bronx Borough President Ruben Diaz Jr. said the rezoning needs to include all residents.

“The people of the Bronx are not opposed to improvement. However, the rezoning of the Jerome Avenue corridor must work for everyone,” said Diaz in a statement. “The agreements that have been secured by my office and the City Council will help do just that, and I look forward to working with the administration to begin the implementation of the initiatives and programs they have agreed to provide.”

Activist-led groups such as the Bronx Coalition for a Community Vision have called the de Blasio administration’s push for rezoning despite the reservations of some residents “irresponsible,” believing it would enhance displacement issues. In a response to the environmental impact statement on the rezoning, the group put out a report stating that the plan is inconsistent with the housing goals of New York, the area is already income-diverse and market-rate apartments aren’t needed and housing needs to be built for those who are the most at-risk.

The statement read, “After almost three years of advocacy around the rezoning, we were devastated to see that the plan presented in the Draft Environmental Impact Statement in no way reflects the community’s plans or goals. If anything, the city has moved yet further from the community’s priorities by developing an alternative that would further imperil the neighborhood’s auto industry, while bringing in almost 1,000 additional units of housing that would not be affordable to most current residents. The city’s disregard for the ideas we have presented throughout this process is so complete that many of us are now forced to conclude that the city’s professed desire for community participation is both cynical and hollow.”

As members of the community feel that City Hall isn’t listening to them, Diaz suggests that city officials make the first move now that the vote has been approved.

“To start, the city should begin the work of preserving existing units of at-risk affordable housing within Community Boards #4 and #5,” stated Diaz. “In February my office issued a report that identifies the units that should be preserved and kept affordable within those community boards, and the city should begin to direct resources toward these units to help preserve affordability within the Jerome Avenue corridor.”