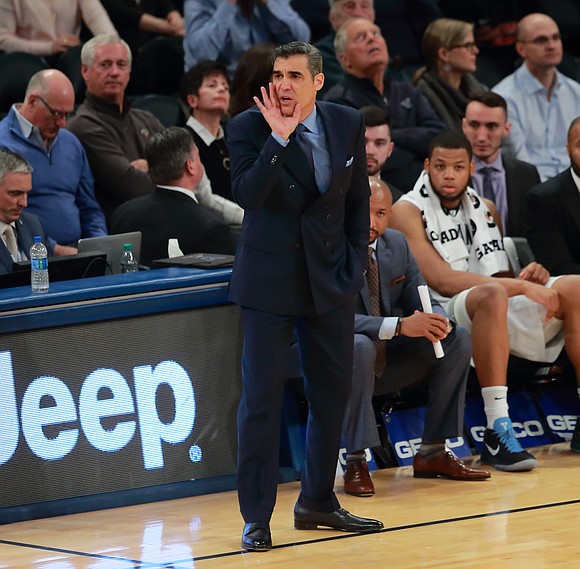 It’s always interesting to see boxers at the beginning of their match cross their hearts and pray to be superior than their opponents. What happens if both fighters pray? Does the godliest of the two opponents win? Does one cancel out the other? With everything that’s going on in the world, does God care who wins? Is he a boxing fan, a sports fan? Has his interest now extended to college basketball? Has he filled out a bracket? More than one?

It can’t be specifically determined, but apparently the Loyola Chicago Ramblers have been recipients of the Lord’s blessings because of the prayers that have been said on their behalf before several of their NCAA tournament games by their 98-year-old team chaplain, Sister Jean Dolores Schmidt. Their second-round win against Tennessee, a 63-62 score, and a 69-68 win over Nevada in the Sweet 16, two 1-point wins in a one-and-done, loser-goes-home tourney.

Each game that Loyola, seeded 11th, has played has been against higher seeds: Tennessee a 3-seed, Nevada a 7-seed and even their first-game in Round 1 against Miami, a 6-seed, was a tough, 2-point (64-62) win. Only 4 total points separated Loyola from defeat in three hard-fought games.

Saturday’s 78-62 win over Kansas State, a 9-seed, was their largest, most comfortable margin of victory in the tournament since Miami.

“Nobody thought we could do any of this,” said Clayton Custer, Loyola’s junior point guard.

“If we said this was going to happen, people would call us crazy,” said senior/guard Ben Richardson, who scored 23 points, a career high.

Loyola has advanced from the field of 68 teams to the final four that will compete Saturday in San Antonio, Texas. Loyola Chicago will play Michigan, a 3-seed. The two remaining tournament 1-seeds, the Villanova Wildcats and the Kansas Jayhawks, are the tournament’s marquee matchup. Winners play in the championship game Monday night.

Michigan, the Wolverines, have also had their share of close games: a 64-63 win over Houston in the second round and a 58-54 Elite Eight victory over Florida State Saturday to get to San Antonio. They defeated Montana 61-47 in Round 1 and Texas A&M 99-72 in the Sweet 16.

The Kansas Jayhawks’ Elite Eight overtime win against the Duke Blue Devils Sunday delayed the start of the Stormy Daniels interview on “60 Minutes.” Senior Grayson Allen’s off the backboard shot in the paint at the buzzer at the end of regulation had every opportunity to drop through the net several times, but didn’t.

Although the Jayhawks’ first tournament win against Pennsylvania was by 16 (76-60), their other three victories, consecutively, were only by 4 points—Seton Hall 83-79, Clemson 80-76 and Duke 85-81— to advance to Saturday’s Final Four.