Did the Jets and Giants make the right first-round picks? 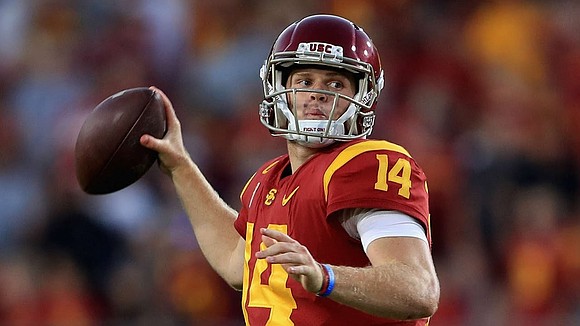 Roger Goodell, the commissioner of the NFL, addressed the audience for the 11th time that evening referencing that there had been a trade between the Oakland Raiders, who held the 10th pick of the first round, and the Arizona Cardinals to move the Cards up from 15th.

“There were nine mistakes ahead of me,” said Rosen, the somewhat angered quarterback, the 10th pick selected by the Arizona Cardinals in the first round of last week’s 2018 NFL Draft.

Rosen was the fourth quarterback chosen in the first round of this draft—not the first, not the second, not the third. He amended his thoughts regarding the selections, acknowledging that he was only unhappy about the number of quarterbacks who were picked ahead of him, Mayfield, Darnold and Josh Allen, chosen No. 7 by the Buffalo Bills.

“Sometimes it’s trying to do too much, sometimes making the wrong reads,” he explained about his 6-foot-4, 225-pound pick. “It’s things we can learn from.”

They’re going to give Darnold every opportunity to succeed, as every player is given, but Darnold will have a greater advantage for now, because of his high draft status, and the memory of the last two quarterbacks who were taken by the Jets several years ago, Bryce Petty chosen with their fourth-round draft pick in 2015 and Christian Hackenberg chosen in the second round in 2016. Having Darnold’s career dangle the way theirs have is not a positive for a GM’s resume.

The Jets also have veteran Josh McCown, signed last season on their roster, and Teddy Bridgewater, the former Minnesota Vikings QB who could possibly win the Jets’ starting position if his knees properly heal. He was signed in March.

The Jets will prepare Darnold, 21, so that he’s ready. He’ll have every opportunity to earn the position and see how quickly he develops.

In an interview, Maccagnan said, “I think that will play itself out over the practices through the offseason.” He noted that Darnold will get ample opportunities to earn that spot.