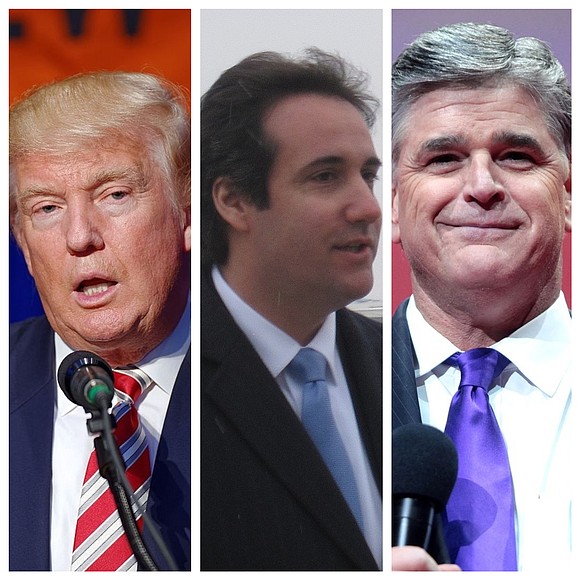 The humor of Moe, Larry and Curly pales in comparison to the buffoonery of Trump, Cohen and Hannity. Who’s on first? What’s on second? I don’t know is on third. Who’s the stripper? I don’t know the stripper. I’m just calling the strip club looking for a house.

As for Hannity, this sly fox now finds himself in a fox hole. On television, Hannity said he is not a client. In court, Cohen said Hannity is a client. And, they assert client-attorney privilege. The stooge even slipped the female judge a note that read: Shhh...Sean Hannity! Unfortunately, the judge decided not to play he said, she said with the stooges. She exposed the third stooge, Hannity, in open court.

Trump, the commander and chief stooge, now sits alone in the Oval Office, staring out of a West Wing window. His eyes are fixated on a few dark, greyish clouds which promise that a torrential storm is inevitable. A storm called Daniels.

He argues with everyone, that is, except for the stooge in the mirror!