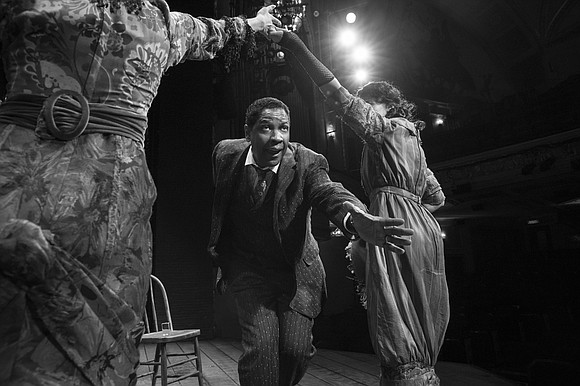 Denzel Washington and company in 'The Iceman Cometh' Julia Cervantes

Best Featured Actor in a Play recognizes the work of Brian Tyree Henry for his role in “Lobby Hero.” Best Featured Actress in a Musical nominee is Ariana DeBose, who is amazing in “Summer: The Donna Summer Musical.”

Every year a Regional Theater Tony is awarded to an outstanding theater company, and this year that honor goes to New York-based and African-American founded La MaMa E.T.C. (Experimental Theatre Club). Founded in 1961 by the late Ellen Stewart, the theater was a foundation for off-off- Broadway theater and is still going strong. It has also received other honors in the past, including a MacArthur Fellows Program award in 1985, a Tony Honor for Excellence in Theatre in 2006 and a Special 20 Year Obie Award in 1975.

Hispanic-American John Leguizamo is nominated for best play for “Latin History for Morons,” but he will also be the recipient of a Special Tony Award for his three decades of diverse plays on Broadway. Chita Rivera will receive a Lifetime Achievement in the Theatre Tony. Clint Ramos is nominated for Best Costume Design of a Musical for “Once on This Island.”

I am so looking forward to the Tony Awards broadcast Sunday, June 10, at 8 p.m., presented by the Broadway League and the American Theatre Wing on CBS. Watch and root for your favorites and try and support these actors and their shows. These thespians are at the top of their games!