Former Teen Vogue editor to Get With the Times 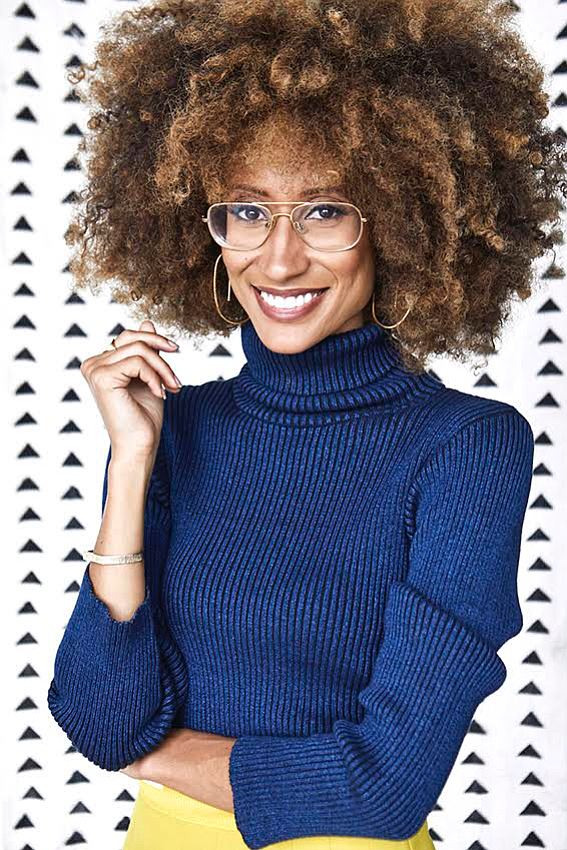 The New York Times has been creating unique opportunities under their speaker series for years, each year adding a new dimension and therefore more diversity and inclusion.

It’s in this spirit that the former editor-in-chief of Teen Vogue, Elaine Welteroth, will speak at Hofstra University for Get With the Times’ final event of its spring season, Generation Unstoppable, Monday, May 14, at 8 p.m.

In a very short amount of time, Welteroth has made a solid name for herself as the voice of a young generation whose values and understanding of injustice is markedly different from their grandparents and parents.

She was born Elaine Marie Welteroth in December 1986. In a move that made news around the world in 2017, she was named editor-in-chief of Teen Vogue, making her the second person of African-American heritage in Condé Nast’s 107-year history to hold such a title. Sadly, that was big news enough, but the cherry on top of the cupcake was that she was only 29 years old, making her the youngest person in Condé Nast history to become an editor.

When she became beauty director of Teen Vogue in 2012, Welteroth was the first person of African-American heritage to serve in the role. While in that role, Welteroth shook it up! Suddenly there were inclusion and diversity inside Teen Vogue’s pages, so much that it appeared that it might be a mini version of Essence magazine or Ebony.

Under her leadership, her team did not back down. They tackled the uncomfortable subjects of sexuality, gender, politics, economic disparity and the very big one, race, talking to 18-to-24-year-olds in a language they understand, and, more to the point, listen to—that power had a punch that was noticed.

Welteroth, with her distinctive, curly natural hair, quickly became a famous personality appearing, as herself, in an episode of ABC’s ‘‘black-ish’’and being photographed with celebrities and hipsters from around the globe. In a New York minute, it appeared that Welteroth was everywhere, and representing herself beautifully and authentically.

Then in January 2018, the vibrant cultural force that is Welteroth announced her departure from Condé Nast.

Mind you she was officially appointed editor-in-chief at Teen Vogue in April 2017. She was also instrumental in the successful launch of the Teen Vogue Summit. In that short amount of time, this former intern at Ebony transformed herself along with the brand.

What’s ahead for the dynamic-forward thinker is anyone’s guess. Welteroth started big and continues in that direction. At the Generation Unstoppable event, she will discuss how she expanded Teen Vogue coverage to include feminist, social justice and political topics, alongside fashion, beauty and entertainment news; her hopes for the future; and how students can get more involved in the political process. She will be in conversation with New York Times gender editor Jessica Bennett.

Launched in fall 2017 by The New York Times, the Get With the Times program series gives college students the opportunity to learn more about and have dialogue around the national issues that affect them most.

It’s a good idea to learn more about Get With the Times program series, which recently featured actress Samira Wiley, who spoke to students at Columbia University about being an advocate for LGBTQ and women’s rights. Other highlights include comedian Chelsea Handler, who spoke to students at Syracuse University passionately about her desire to get politically involved during the era of Trump and the #MeToo movement.

To watch the videos from the Get With the Times program series, please visit AmNews Curtain Raiser, our new entertainment website! Go to www.amnewscurtainraiser.com to check it out.