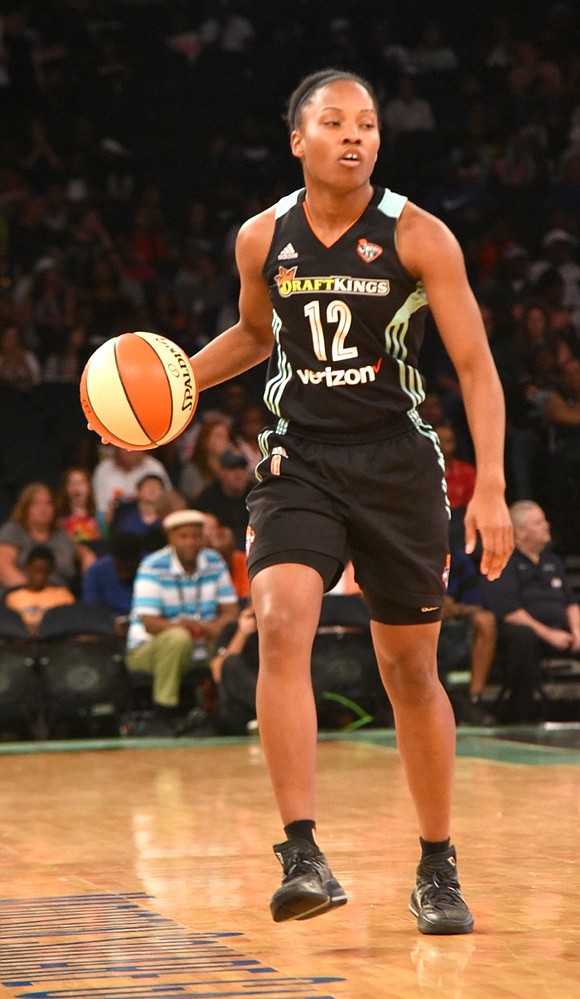 WNBA training camps are intense and highly competitive. They give coaches a chance to see which rookies are pro-ready and what new skills returning veterans developed in the offseason. New York Liberty training camp has been rich with talent—from first-round draft pick Kia Nurse to newly acquired free agent Marissa Coleman, a nine-year veteran of the league.

Although not all the familiar names have arrived from overseas, first-year head coach Katie Smith did get to test the competitive waters in two preseason games. Monday night, the Liberty lost to the Dallas Wings 69-76. Tuesday, the Liberty prevailed over the Los Angeles Sparks 81-75.

“It was great for everyone to get their feet wet in this new season, from veterans down to the rookies,” said Lindsay Allen, who started at point in game two and scored nine points. “Giving the rookies a taste of the WNBA was cool. Implementing our new offense with Katie has been going well so far.”

She added, “For us, only practicing for a week, it looked pretty good, but we still have to tighten up on defense and our rebounding.”

Allen, 23, and Coleman, 31, have never played together before, but they actually graduated from the same Maryland high school. As a kid, Allen watched Coleman play her college basketball at the University of Maryland, where she won an NCAA title in 2006. Coleman scored 14 points in both preseason games.

“For her to be on this team is great, just for her veteran presence,” said Allen.

Although a rookie, Nurse comes in pro-ready after four years at the University of Connecticut as well as having played on the Canadian national team. Nurse came off the bench and scored 10 points in the loss to the Wings. She started in the win over the Sparks, scoring 19 points.

Allen had a strong rookie season in 2017. She spent her offseason playing in Russia and came into camp eager and ready. A graduate of the University of Notre Dame, she took a quick trip back to the U.S. early this spring to see her alma mater win the National Championship.

“It felt like I was a part of it because I was there. It was a crazy experience. All the alumnae that came back to watch it, it was just amazing,” said Allen.