Mets trade Harvey and struggle to construct a consistent winner 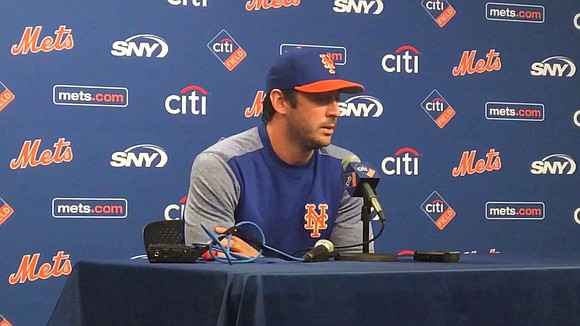 The Mets have finally parted ways with enigmatic pitcher Matt Harvey. Tuesday they traded him to the Cincinnati Reds for catcher Devin Mesoraco. It was a split that seemed sealed last season but became a certainty when the 29-year-old Harvey went kicking and screaming to the bullpen when informed he was being removed from the starting rotation as a result of his awful performances this season.

Last Saturday, Harvey was designated for assignment and refused to report to the minor leagues, thus presenting the Mets a seven-day window to trade or release him. Overall, in four starts and four relief appearances with the Mets this season, Harvey was 0-2 with a 7.00 ERA in 27 innings pitched. In his six-year Major League career, Harvey has a 34-37 record with a 3.66 ERA.

“It’s the end of an era,” said Mets general manager Sandy Alderson last week regarding what was an inevitable separation. “And I used that term in broad senses. Matt has been a cornerstone certainly of my tenure here. A tremendous prospect at the time I arrived, tremendous accomplishments during the course of my tenure here. And it’s a very unfortunate, difficult conclusion.”

Harvey, once a budding star who Mets ownership and starving fan base had visions of becoming the anchor of a starting rotation that would perhaps rival the imposing Tom Seaver led rotations of the 1960s and early 70s, was derailed by injuries and a lust for stardom in a city that chews up and spits out would-be icons.

Harvey’s production and achievements failed to match his own clouded sense of his stature, and the Mets ultimately lost patience with his diva-like behavior off the field, which included a three-day suspension last May for violating a team rule, and with his declining skills.

Harvey’s departure is a reflection of the Mets’ inability over the past four-plus decades to draft, sign and/or trade for, and then develop, a significant number of young players who would comprise the core of a perennial contending team.

Less than 10 miles from Citi Field in Queens, the Mets’ home stadium, the Yankees continue to do their business in the Bronx as well as any organization in baseball. They are flush with young homegrown stars such as 26-year-old outfielder Aaron Judge, 25-year-old catcher Gary Sanchez and 24-year-old pitcher Luis Severino, increasing the frustration felt by Mets fans who were optimistic their franchise had finally escaped baseball purgatory by winning a National League pennant in 2015 and returning to the playoffs in 2016.

However, as the Yankees, who were 25-10 and winners of 16 of their last 17 games when they faced the Boston Red Sox last night (Wednesday), continue to trend upward, the Mets, 18-16 and losers of eight of their previous 10 games when they met up with the Reds last evening, are caught in a downward spiral.

With a minor league system with few projected future all-stars on the horizon and a reluctance to spend large sums of money on free-agents, they are quickly making their return to long-term mediocrity.