The Yankee-Red Sox rivalry continues, contentious as ever 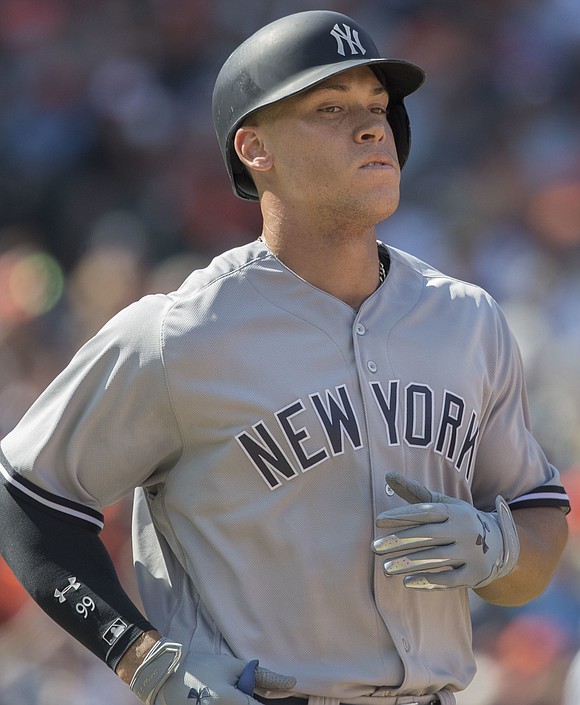 Rivalries have existed going way back. Cain versus his brother Abel. The Hatfields and the McCoys, the United States versus Russia, Israel and Palestine, Bugs Bunny and his nemesis Elmer J. Fudd. In sports it’s Duke versus UNC (college basketball), Michigan versus Ohio State (college football) and the New York Yankees versus the Boston Red Sox, the biggest rivalry in baseball and American sports.

Their rivalry continues, part two of this season’s sonnet up in the Bronx. Three games, Tuesday, Wednesday and tonight, Thursday, before the Yanks host the Oakland A’s over the weekend, then begin an eight-game road trip.

The Yankees and Sox began this series as the two best teams in baseball, American or National League. The Yanks with a 24 and 10 record, the Sox 24 and 9. The Yanks were carrying a six-game win streak, winning 15 out of their past 16 games. Three of those wins included three against the defending champions, the Houston Astros, who beat the Yankees in last year’s American League Championship Series. In the four-game series, New York lost the first, and then swept through the next three.

The Yankees, who won Game 1 of this series 3-2 in the Bronx Tuesday night, first played the Sox this season in mid April in Boston. The Yanks lost 2 out of 3, getting blown out in the first game 14 to 1. They redeemed some respectability the next night by scoring 10 runs, a 10-7 win, ending Boston’s nine-game win streak, a game that included a bench-clearing brawl in the seventh inning after first baseman Tyler Austin rushed the mound after being hit by a 98 mph fast ball by Red Sox reliever Joe Kelly. The hit was in retaliation for Austin sliding spikes-first into the Sox’s shortstop Brock Holt, who was covering second base during the third inning play.

Tuesday’s win was the Yanks’ seventh in a row, 16 out of 17, their 10th consecutive home win. It tied both teams for first place. Contributing greatly was Giancarlo Stanton, connecting for two lead-off home runs in the second and fourth innings off left hand starting pitcher Drew Pomeranz.

Aaron Judge hit a bases-loaded single, scoring one run to put the Yankees ahead 3 to 2 in the seventh inning off reliever Kelly, who plunked Austin in Boston in April.

Although additional retaliation might have been expected, Yankees catcher Gary Sanchez downplayed the possibilities.

“That’s done. That’s in the past,” he said through his translator. “Our focus is about winning baseball games.”

With a little less than a quarter of this season completed, there are still many more games for the Yankees to play, to win, 13 more regular season ones against Boston this year. In addition to those, Major League Baseball announced this week that they’ll play two regular season games against each other at Olympic Stadium in London next season. Boston will be the home team for MLB’s first two games in Europe. They’re scheduled for June 29 and 30, 2019.