Black activists step up to the plate against Israel/U.S. aggression 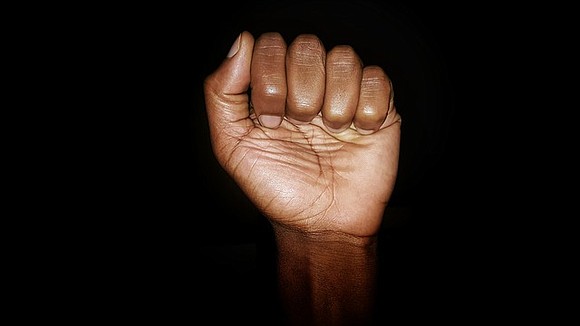 At Amsterdam News press time, there is expectation of further violent clashes in the Occupied Palestinian Territory, as some 60 demonstrators were killed by Israeli military forces May 14. Rallies were expected in the large West Bank cities in protest of the U. S. relocating its embassy to Jerusalem from Tel Aviv.

The Black Alliance for Peace, in a statement released May 15, called on the international community to use all means at its disposal to force the United States and Israel to comport themselves in line with acceptable international norms.

“The brutal violence unleashed against unarmed protestors in Gaza, provide unassailable evidence both the U.S. and Israel have opted to operate outside the rule of law as rogue criminal states,” stated BAP.

“Hawks have seized control of the American foreign policy establishment,” according to observers as reported in the South China Morning Post.

Ironically, Min. Malcolm X Shabazz issued a warning in 1964 concerning the Zionist occupation of Palestinian lands. He said, “If the ‘religious’ claim of the Zionists is true that they were to be led to the Promised Land by their messiah, and Israel’s present occupation of Arab Palestine is the fulfillment of that prophesy, where is their messiah whom their prophets said would get the credit for leading there?”

He continued, “It was Ralph Bunche who negotiated the Zionists into possession of Occupied Palestine! Is Ralph Bunche the messiah of Palestine? In short, the Zionist argument to justify Israel’s present occupation of Arab Palestine has no intelligent or legal basis in history … Not even in their own religion. Where is their Messiah?”

In commemoration of Malcom X Week, there will be a Human Rights Day Rally May 18 between 3 p.m. and 6 p.m. at 42 Street and Seventh Avenue that is being called by the Black Panther-Zulu Nation.

In the meantime, at the United Nations, African delegations are speaking out against the violence and the Jerusalem as capital issue. “Israeli security forces must exercise maximum restraint in the use of live fire,” stated Ethiopian Ambassador Tekeda Alemu as he addressed the U.N. Security Council May 15. “We believe the Jerusalem issue is a final status issue that must be resolved through direct negotiations between the two parties on the basis of the relevant Security Council and General Assembly resolutions. This is in line with the African Union position.”

Under the charter, the Security Council has primary responsibility for the maintenance of international peace and security.

Nikolay Mladenov, U.N. Special Coordinator for the Middle East Process, told the UNSC that May 14 was “a day of tragedy.” Israel had a responsibility to calibrate its use of force and not to use lethal force except as a last resort, he argued.

U.S. Ambassador Nikki R. Haley said those who believe “the opening of the U.S. embassy in Jerusalem was the cause of the violence were sorely mistaken because it was a cause for celebration for the U.S., reflecting the will of the American people.”

“How many more Palestinians have to die before you take action?” asked Riyad Mansour, Permanent Observer for the State of Palestine at the U.N.

Israel’s ambassador, Danny Danon, countered, “The international community, with a few brave exceptions, had done nothing to stop Palestinians from terrorizing Israel.”

“The war crimes & mass human rights violations that were committed May 14 should cause all people of conscience to pause and ask how they can make a difference there,” tweeted Shaun King, columnist and co-founder of @RealJusticePAC. “As an American taxpayer, I am heartbroken and disgusted that a single dime of money was used to slaughter so many Palestinians.”

According to the Palestine Information Center, America sends approximately $10 million a day to Israel. Imagine what that would do to help Black communities. The schools! The infrastructure! The health care!

Protests were held in cities across the U.S. May 14, which was declared a “Day of Rage.” The NY4Palestine Coalition along with the Palestinian and Arab community rallied in the Bay Ridge section of Brooklyn. “The community is coming out to this rally to refuse to concede more and more land, including Jerusalem, and we will continue to resist until we return to our homeland,” said Nerdeen Kiswani, co-founder of Within Our Lifetime, in an email to the Amsterdam News.