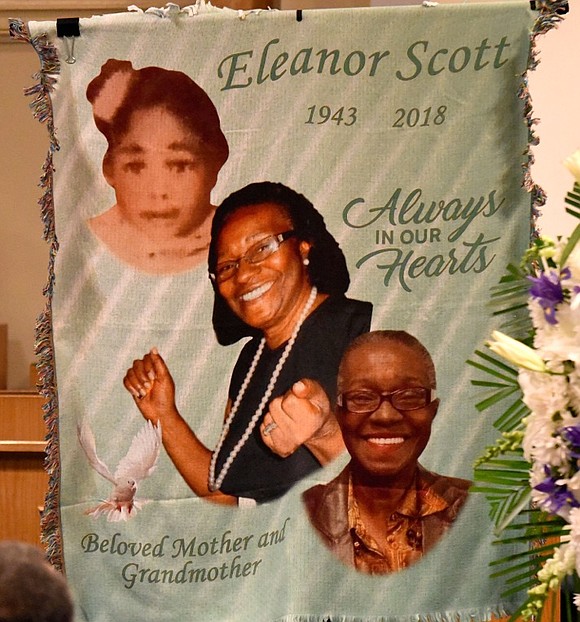 Former police officer, beloved mother and entrepreneur, Eleanor McNeal Scott died March 31. Her family arranged her funeral at the Memorial Baptist Church in Harlem April 7. Her loved ones described her as the epitome of what a sophisticated and ambitious Black woman looks like.

Scott was born in 1943 at the Sydenham Hospital in Harlem, N.Y. She graduated with a bachelor’s degree from Fordham University. In 1961, she married Harry Scott and had three children, sons Steven and Stewart and daughter Kelly.

Her sons established of an entertainment venue called Scotties in Riverdale, N.Y. Along with the jazz sessions the venue featured comedy acts and open mic nights. Her daughter became an acting pastor for Way2Life Ministries. Way2Life Ministries, a nonprofit organization that promotes Christianity, evangelism and community service was founded by Scott.

Scott was a true virtuoso. She became a booking agent and partnered with Tanyard Musical Ambassador. She and her daughter started their own production company in 1995, Lifted Productions. The company produced two shows, “The Bad Seed” and “Echo Park.” Scott also became a casting agent and talent scout for major entertainment companies such as the Kemcy talent agency. Projects she worked on included the award-winning television show “The Sopranos,” and the films “Sister Act” and “Wild Women.”

Before she became a police officer for the 28th, 46th and 50th precincts in Harlem, she worked for the United States Postal Service, the telephone company and Fordham hospital. She retired in August 1985 from the NYPD Medical Division.

Along with being a member of the NAACP, the Guardians and the Noble Lady Effie Grant 202 chapter of the Eastern Star, Scott served as the president of the prestigious Vanguard Coalition Inc., an organization that provides college scholarships to aspiring African-American students. She started her own medical transcribing business, SKS Office Service, and became an independent contractor.

She believed in giving back to her community. She was respected and loved in her community for her activism and contributions.

The funeral was officiated by the Rev. Kevin Quarles and conducted by senior pastor, the Rev. Renee Washington Gardner. Scott was laid to rest at the Ferncliff Cemetery at Hartsdale, N.Y.