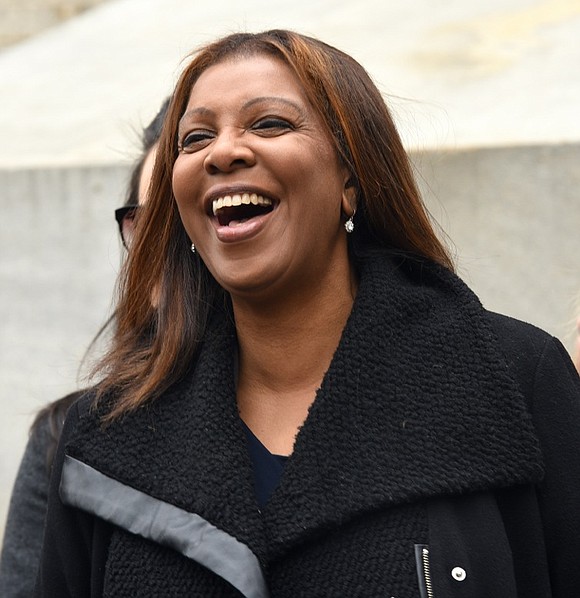 “My name is Letitia James, but my friends call me Tish,” New York City Public Advocate Letitia James said during her speech Wednesday at the Brooklyn Historical Society.

The public advocate reportedly filed papers with the New York State Board of Elections, and her name will be on the Democratic primary ballot, which takes place Sept. 13. She would be the first African-American state attorney general and she would be the first woman formally elected to the position if she wins.

Manhattan Democratic Party County Chair Keith Wright said that James possessed all of the characteristics to become the next state attorney general.

“Initially, what you want to do, especially on the Democrat side, is pick a candidate that can get elected on their own,” said Wright. “Tish checks all the boxes. Downstate. She’s a Black woman who’s been elected twice by voters in the City of New York. The city is the voting engine that drives statewide elections.”

During her announcement, James referred to herself as “the people’s lawyer” and told those in attendance, “I am your champion.” Bertha Lewis, president and founder of the Black Leadership Action Coalition, said that James has all the attributes of a potentially successful state attorney general.

“I have known and worked with Tish for years. She has always been a progressive, always supported the community and she has never forgotten where she came from,” said Lewis in a statement. “She has an incredible work ethic and incredible moral ethics to fight for all New Yorkers. We’ve supported her in her run for City Council and public advocate, and now we are tremendously happy to support her in her run for attorney general. She is the right choice at the right time for the right job.”