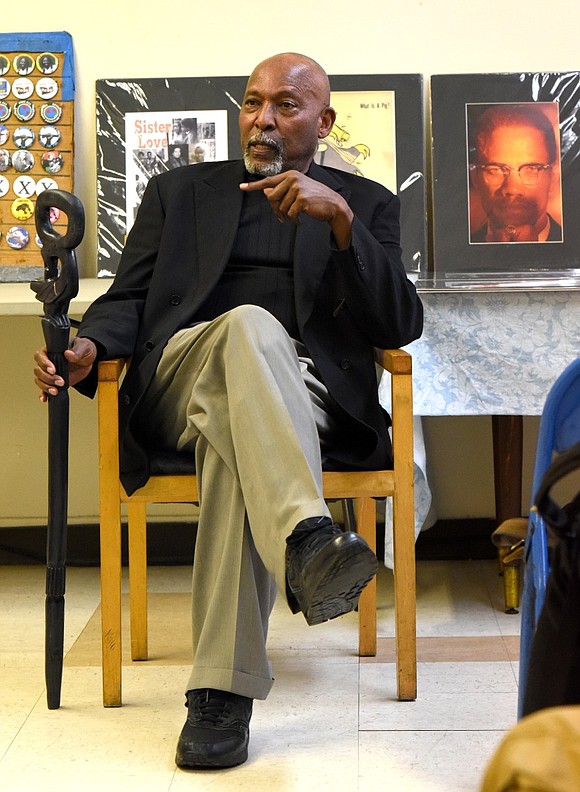 “History is a people’s memory, and without a memory, man is demoted to the lower animals.”— Malcolm X.

The immeasurable legacy of Black nationalist icon Malcolm X will be commemorated this weekend with several local events, in recognition of his 93rd birthday. Although not yet recognized as a national holiday by the U.S. government, for the past 53 years, grassroots activists in New York City have recognized May 19 as Malcolm X Day and reflected on his legacy while also imploring others to learn from his liberation struggle efforts.

“You don’t have to be a man to fight for freedom. All you have to do is to be an intelligent human being”—Malcolm X.

Started in 1965 by Malcolm X’s sister and Organization of Afro-American Unity President Ella Collins, it is one of the oldest traditions recognizing an African ancestor in the wilderness of North America. A caravan of vehicles leaves from the corner of 126th Street and Adam Clayton Powell Jr. Boulevard and treks up to Ferncliff Cemetery in Hartsdale, N.Y., at 10 a.m. to meet other supporters from the tristate area. Supporters are asked to assemble at 9 a.m.

Upon arrival, they conduct a number of traditional ceremonies at the very site where the bodies of Malcolm X and his wife Betty Shabazz are interred. Each year a number of his surviving comrades and relatives share a few words with those in attendance as they reflect on his influence on the global Black community.

Also, many others from various organizations influenced by Malcolm X’s educational, socio-political and spiritual ideologies share their views regarding how his legacy has continuously influenced the world since he was martyred Feb. 21, 1965, at the Audubon Ballroom in Washington Heights. Members of the Black Panthers and the Malcolm X Commemoration Committee, among others, always come out to pay their respects.

“No Disrespect for Malcolm X!”

After this ceremony, the caravan returns to Harlem and meets up with Brooklyn’s December 12th Movement around noon at the foot of the Adam Clayton Powell Jr. State Office Building (163 W. 125th St.) as they commence the Black Power Commercial Moment of Silence during their 29th annual Shut ‘Em Down Economic Boycott and March, forcing all businesses along 125th Street to close from 1 p.m. to 4 p.m.

Hip-hop progenitors, the legendary Last Poets, commemorate their 50th anniversary with performances at Harlem’s Marcus Garvey Park, and later that evening at the Apollo Theater. They’ll reveal how they were established May 19, 1968, in Harlem’s Mt. Morris Park.

Then, from 5 p.m. to 7 p.m., at The Malcolm X & Dr. Betty Shabazz Educational and Memorial Center (3940 Broadway), daughters Ilyasah and Malaak Shabazz reflect on their parents’ legacies.

The Schomburg Center celebrates its 18th annual commemoration of Malcolm X’s birthday from 6:30 p.m. to 9 p.m., with a special acknowledgment to Black playwrights Lorraine Hansberry. Some of their interviews, speeches and writings will be analyzed and shared with the audience.

“There is no better than adversity. Every defeat, every heartbreak, every loss, contains its own seed, its own lesson on how to improve your performance the next time.”—Malcolm X.