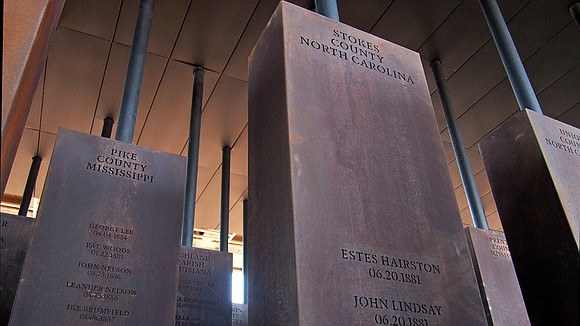 It happened on a rainy night on Highway 65 between Birmingham and Montgomery, when, after the woman’s body was removed, an angry white mob gathered around the car, bloodthirsty for a “Negro barbecue” and a double hanging from the nearest oak tree. Luckily, the local sheriff arrived and after a while told the mob, “Y’all go home. Them’s college niggers.”

The crowd dispersed, and so my father got to live until age 87, and my brother, now in a retirement home, is going on 93.

It was a story that not all of our family had heard. My brother’s five children knew nothing of it; my sister never mentioned it; and my mother, who surely knew, never uttered a word. I only learned of it a few years ago when researching family history.

How did the sheriff know that Daddy was a “college nigger?” Was it the Alabama State College ID he hopefully carried in his wallet?  Did my father reveal his profession or did the pain from a broken pelvis leave him mute? Or was it the shirt and tie he wore almost every day of his life to signal to whites that he was no ordinary “nigger?”

It was harrowing stories like this one that always made me want to leave Montgomery and the South. And in great measure I succeeded: college in Ohio, at Oberlin, where I majored in French; a decade in Paris, where I forgot about Montgomery while sipping espressos in sidewalk cafés; and now, in Manhattan, where I work as an operatic vocal coach and multilingual New York City tour guide.

Over the years I’ve returned to  Montgomery,  but only for brief visits—in 1985 and 1988 for my parents’ funerals; in 2005 for my high school reunion; in 2009 for the inauguration of the Legacy Center Annex to Martin Luther King’s church, of which we were proud members; in 2015 for the 60th anniversary of the Montgomery Bus Boycott; and in March of this year for the 60th anniversary  of the Montgomery Chapter of the Links, a Black professional women’s organization, of which my mother was a charter member.

Each time I’ve returned, I’ve found Montgomery more livable. Residential and school segregation are still the norm, and the educational and wage gaps between Blacks and whites still wide. But the city, once the first capital of the Confederacy and the town from which the firing on Fort Sumter was ordered, has gone to surprising lengths to resurrect its past and tell its whole, not just its white, history. In addition to Dr. King’s church being a national historic site, Montgomery now has a Rosa Parks Museum, a Freedom Rides Museum, a Civil Rights Museum and historical plaques marking the key role Montgomery played in the domestic slave trade, when it had a larger slave market than Natchez or New Orleans. Local tour guides take tourists to former slave warehouses and the sites where slaves were sold. And now that my history is being told, it’s bringing me back to a city which I once hated.

Montgomery has transformed its 19th century industrial waterfront into a pedestrian-friendly Riverwalk where locals enjoy picnics, concerts and promenades. The steamboat company that once transported cotton bales and shackled slaves now offers blues cruises along the Alabama River.  Lectures at the Alabama Department of Archives and History examine the Civil War from Black, white, and Native-American perspectives. And now, Montgomery is the site of a Lynching Memorial, yes, a Lynching Memorial, something which, in my day, would have been unthinkable.

So I’ll be returning to Montgomery, full of anticipation and excitement as I witness history being made.  I’m sure I’ll view the memorial in shock and sorrow, but I’ll also feel immense relief that the names of my father and brother won’t be stenciled on any of the 800 steel pillars representing 4,400 corpses.