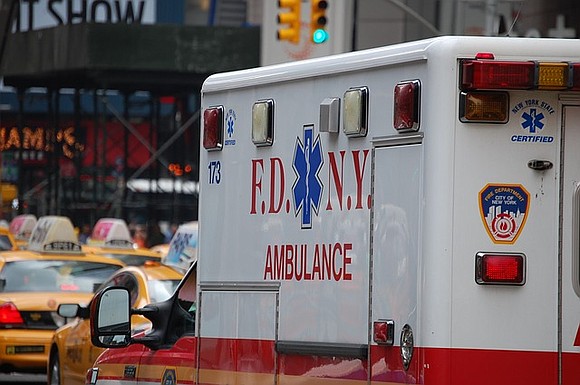 The New York City Fire Department is again in the discrimination hot seat.

Uniformed EMS Officers Local 3621 filed a class-action lawsuit against the FDNY and the City of New York, accusing them of continual discrimination against nonwhite and female uniformed public servants for promotions and raises.

The lawsuit, filed in the United States District Court for the Southern District of New York, named the FDNY, the city and the Department of Citywide Administrative Services. Union members said the EMS has always been diverse, but that started to change under former Mayor Rudolph Giuliani in the mid-1990s, when the EMS became a part of the FDNY.

“Our members deserve proper recognition for their work, irrespective of their race or gender, just like anyone else,” said Vincent Variale, president of Local 3621, in a statement. “The city is not served by promoting less-qualified applicants. A promotional process that does not include proper measurements for skill and knowledge allows for too much discretion. This has permitted an environment in which discrimination has flourished and resulted in qualified women and nonwhite members being underpromoted.”

Variale concluded, “The absence of a proper policy to ensure the best are promoted regardless of race or gender is a disservice to our members and the city at large.”

Most emergency workforces in the city follow the civil service process of promotion through exams and fitness tests to ensure promotions based on merit. But according to Local 3621, the EMS used only one exam for all promotional opportunities, with remainder left to the subjectivity of interviews.

Local 3621 represents more than 500 uniformed EMS officers and boasts more women and people of color than any other emergency workforce in the city.

The AmNews contacted a representative for the FDNY to respond to news of the lawsuit. There was no response.

Although Local 3621’s attorney, Yetta Kurland, was in court when the AmNews attempted to contact her, she said in a statement, “The noticeable absence of a reliable or unbiased process to ensure merit-based promotions for captain and above in the EMS has created institutional problems with gender disparity and a ‘bleaching’ of the ranks. This adversely impacts not only those who are being passed over, despite their qualifications. It harms the EMS as a whole, and devalues the critical work of the Bureau.”

This suit isn’t the first time recently that the union has held the FDNY’s feet to the fire. Last November, Local 3621 and Local 2507 officials filed a lawsuit accusing the fire department and the City of New York of ignoring and/or wrongfully denying several Freedom of Information Law requests for the pay, rank, discipline, gender and race history on employees across different (and relevant) agencies, including their own union. In that lawsuit, union officials argued that their members, majority Black, Latino and Asian, were denied the same benefits and pay as other city workers in similar professions and were subjected to more discipline than their peers.

In December, seven civilian employees of the FDNY filed a class-action lawsuit accusing them of racial discrimination and alleging that FDNY leadership didn’t put human resources practices in place that could reduce or stop discrimination. They also said White employees were promoted more and compensated more than nonwhite employees. In 2014, the FDNY settled a lawsuit with Black firefighters who had also accused them of discrimination.

Local 2507 President Oren Barzilay said that regardless of race, creed or gender, every part of emergency personnel should get the same amount of praise, promotion and benefits as their peers.

“These are people who put their lives on the line every day,” said Local 2507 President Oren Barzilay in statement. “As we have unfortunately witnessed, EMS workers often encounter some of the most difficult challenges when they are responding to incidents, and yet they have served this City and its citizens with distinction. They deserve the same recognition and employment opportunities that other uniformed responders receive.”