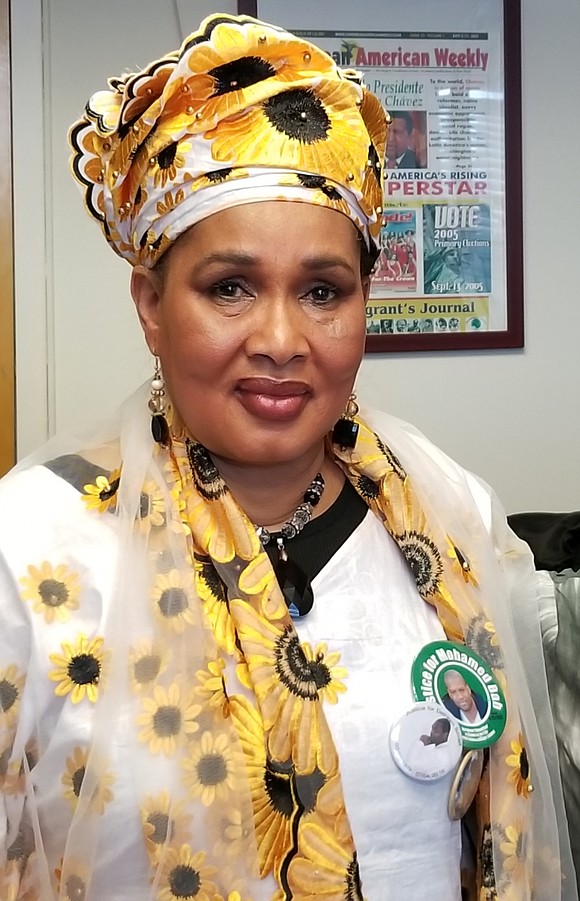 A federal judge rejected City Hall’s attempt to throw out a $2.2. million verdict to the family of the late Mohamed Bah.

Manhattan Federal Judge Kevin Castel ruled against the city’s desire to have the ruling dismissed because Detective Edwin Mateo, who killed Bah, allegedly feared for his life.

In 2012, Bah’s mother, Hawa Bah, called 911 for help because her son was acting strangely. Bah, a mentally ill man, was shot by Mateo. In November, a jury ruled that Mateo used excessive force and awarded the family $2.2 million. Bah, 28, was carrying a knife when Mateo and other members of the police force went into the apartment.

Hawa Bah spoke to the AmNews and wanted to set the story straight one more about her son’s death.

“First of all, I never called them,” she said. I called an ambulance. And when they arrived, I told them to go away. ‘I’m not looking for you.’ They forced entry, broke the door down and had no warrant. They killed this man. They should hold them accountable.”

In the court ruling, Castel pointed out the contradictions in Mateo’s testimony.

Castel’s ruling read, “Implicit in the jury’s finding of liability was that Mateo did not have a reasonable belief, even if mistaken, that Bah posed a significant threat of death of serious injury to himself or another person. Separately, the jury responded to certain questions posed on the issue of qualified immunity. The jury responded that ‘the ESU officers reasonably believed, even if mistakenly, that Mr. Bah was in urgent need of medical assistance when Mr. Bah became silent inside the apartment,’ that ‘Mr. Bah had a knife in his hand during his encounter with the ESU Officer defendants,’ and that Mateo ‘reasonably believed, even if mistakenly, that Mr. Bah was threatening, stabbing, or slashing with a knife at one or more officers in the moments before discharging his firearm.’ But the jury also found that defendants had not proven that ‘Mr. Bah was moving towards Detective Mateo with a knife in his hand when Detective Mateo discharged his firearm.’”

It was something Hawa Bah knew all along.

“They dragged me for five years and two months before the truth came out,” she said. “It shouldn’t be like this. They killed a man who never committed a crime.”

Although the city did succeed in getting the courts to toss out a verdict against Lt. Michael Licitra for not properly supervising the cops involved in the shooting, Hawa Bah isn’t fixated on one man. She wants everyone involved to be held accountable, outside of a financial award. She wants to make sure people like her don’t have to go through what she’s gone through.