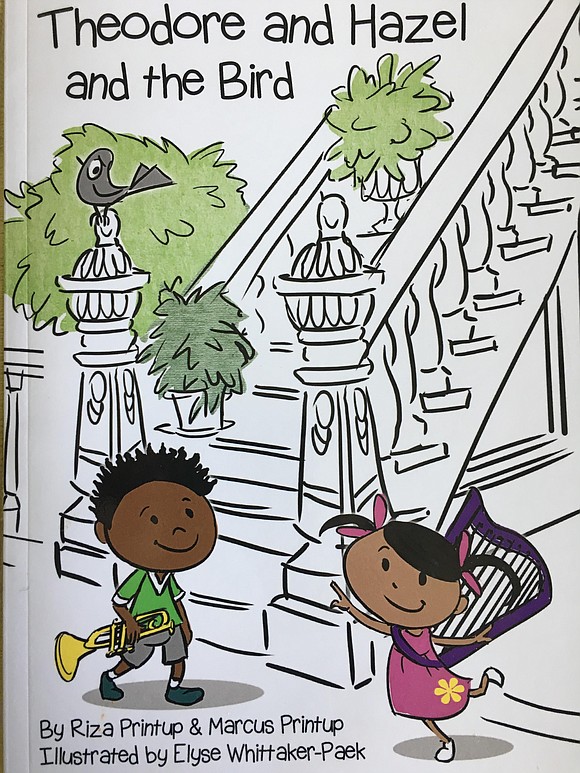 The Vision Festival is the only jazz festival in New York that features musicians, dancers and artists whose exploratory creativity extends far beyond the realm of possibility. For 23 years, the Vision Festival has been the mecca where enthusiasts gather to salute avant-garde’s future, present and past. It acknowledges and celebrates the inextricable bond between radical art and socio-political engagement.

From May 23 to May 28, the 2018 Vision Festival will be held at Roulette Intermedium (known simply as Roulette) at 509 Atlantic Ave. in Downtown Brooklyn.

This year’s lineup is rooted in powerful and forward-thinking artists of the 1960s, a time when freedom and open-mindedness were universally celebrated. It includes the very best artists who have come along since that time, while showcasing aspiring performers on the verge.

On May 23, the festival opened celebrating the pianist and composer Dave Burrell, who was presented with the Lifetime of Achievement Award. “I feel honored, respected and grateful,” said Burrell. “These feelings are present when I reflect on the overwhelming career that I am having.”

The pinnacle of his evening performances came with the Archie Shepp Quartet, which also featured bassist William Parker, drummer Hamid Drake and Shepp on tenor saxophone. For Burrell this performance was a reunion with his longtime friend and collaborator Shepp, having recorded at least 18 albums with him, including the critically acclaimed “Attica Blues” (Impulse!, 1972).

“We have had many reunions,” said Burrell. “Ten years ago in Paris at the International Jazz club, Archie had gathered musicians that played with him from the 1960s for this concert. When I was first introduced to Archie, he wasn’t using a piano. Since he studied drama at Goddard College and was a professor at SUNY Buffalo, he had an advantage on the Lower East Side of the rank and file. People were already interviewing him about the radical movement, politics and civil rights. To play and tour Europe with him was a step up for me in an attempt to become as complete a musician as possible in the 1960s.”

Dancing is creative theater in motion for Diassi DaCosta Johnson, who will be joined by the bassist Shayna Dulberger.

On May 24, get ready for Women with an Axe to Grind, featuring the dancer Patricia Nicholson, flutist Nicole Mitchell, bassist Joelle Leandre and violist Melanie Dyer. At 10 p.m. the iconic saxophonist, composer and co-founder of the Art Ensemble of Chicago and the Association for the Advancement of Creative Musicians leads the trio Space with baritone saxophonist Thomas Buckner and multi-instrumentalist Scott Robinson.

May 25, the drummer for all seasons, Nasheet Waits, performs with a group to be reckoned. The pianist and composer Matthew Shipp and his Acoustic Ensemble performs “Inward Motion” at 10 p.m.

May 27, at 9:30 p.m., Craig Harris presents “Brown Butterfly,” an intensely swinging tribute to Mohammed Ali. The trombonist, composer and arranger has just completed the CD that will be released soon. His ensemble roars.

The Vision Festival finale May 28 is a big deal, with the pianist, composer and instrument builder Cooper Moore playing solo. He was the Vision 2017 Lifetime Achievement awardee. Some of the instruments Moore has built are a diddley-bow, a three-string fretless banjo and a mouth bow. At 9:30 p.m. the saxophonist, poet, composer and arranger Oliver Lake and his Big Band performs, which is always a treat. The all-star band alone is enough to jump and shout about, and then the music is a rousing meandering road full of twists and joy with maybe a poem from Lake.

For a complete schedule and tickets, visit the website at https://www.artsforart.org/vf23lineup.html.

The bassist, composer, arranger and educator Mickey Bass doesn’t play in his second home, New York City, very often and he plays even less in his Harlem community. But all of that will change May 27, when he hits the stage of Faison Firehouse Theater (6 Hancock Place, 126th Street near Eighth Avenue), from 4 p.m. to 8 p.m.

He has played and recorded with Sonny Rollins, Bennie Green and Charles Mingus.

For more information and tickets, visit the website Evenbrite/e/be-bop retrospective-mickey-bass.com.

There isn’t an abundance of television programs scheduled for children, and the chances of them learning anything about music on those programs are limited.

The educator and harpist Riza and the trumpeter and composer Marcus Printup have written their first children’s book, “Theodore and Hazel and the Bird,” illustrated by Elyse Whittaker-Paek (Rimarcable Publications).

Little Theodore and Hazel, with instruments in hand (trumpet and harp), were off to the park to play when suddenly they ran into a sad bird that needed help. “Don’t worry,” said the two children. “Helping friends is totally our cup of tea.”

The Printup’s have written a book that tells a lovely story full of sounds that encompass the concept of helping friends or those in need. They teach the concept of perseverance—keep looking and don’t give up. The illustrations are great for little children. The words of sounds are super-large and fun for children to say and learn.

A companion CD (audio book narrated by Riza Printup and song) that children and parents can listen to over and over comes with the book. “The Bird’s Song,” written by Riza Printup, features trumpeter and vocalist Marcus Printup, flutist Ted Nash, bassist Yasushi Nakamura, drummer Jerome Jennings and Riza on harp. The song is warm and spirited with glee, the instruments intertwine like sunbeams on a summer’s day. Nash’s flute flows like a dance.

The names Marcus Printup and Ted Nash might be familiar because they are both longtime members of the Jazz at Lincoln Center Orchestra, as well as bandleaders in their own right.

Parents, this book is the book to get. Listen to the song, jazz, big sounds and words of inspiration that offer children positive notes to life. Visit the website rimarcablepublications.com.