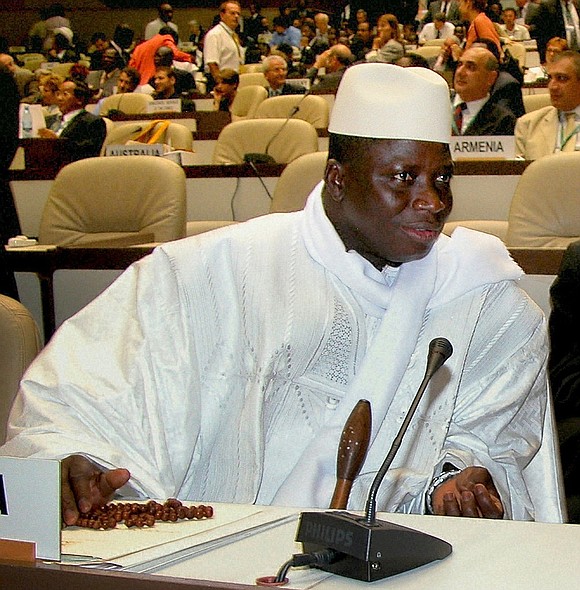 Strong evidence has been gathered linking the former president of the Republic of the Gambia, Yahya Jammeh, to the murder of 44 West African migrants, mostly from Ghana, by operatives of the ex-president.

The sole survivor of the mass killing, also from Ghana, promised himself not to rest until Jammeh was brought to justice.

Kyere was selling shoes in Ghana and the Ivory Coast when he decided to use his savings to travel to Senegal, and then to Europe. His plan fell apart when the boat used by migrants ran out of fuel and beached in The Gambia. The group was arrested, detained for a week in Banjul and beaten.

“We asked the officers why we were there,” said Kyere. “They just said the orders came from above. For a long time, we thought we would just be deported.”

But the migrants were handed over to paramilitaries whose torture and killings had helped keep Jammeh in power since July 1994. They were driven to a desolate area and killed brutally. Kyere jumped out of the truck and was saved.

Thirteen years later and now living in his native Ghana, Kyere is the key witness in an international effort to bring The Gambia’s former president to trial for what was probably the single largest mass killing during his 22 years in power.

“We are presenting evidence that approximately 44 Ghanaian citizens were killed by a death squad that took its orders from Jammeh,” said Reed Brody, legal counsel for Human Rights Watch, which is supporting Kyere’s campaign, along with Trial International.

“We have been able to interview 30 former officials, 11 of whom were directly involved, and it is clear that the migrants were not killed by rogue elements—as claimed by a previous investigation—but by the ‘junglers’ who took their orders directly from Jammeh,” said Brody.

Jammeh has lived in Equatorial Guinea since January 2017, after losing his re-election bid to Adama Barrow.

The Gambia has returned six bodies to Ghana and paid $500,000 to cover burial and other costs. Most of the remaining bodies have never been found.

If Kyere’s case is heard in Ghana, it would embolden more than 1,000 of the Jammeh regime’s victims to seek justice, Brody said.