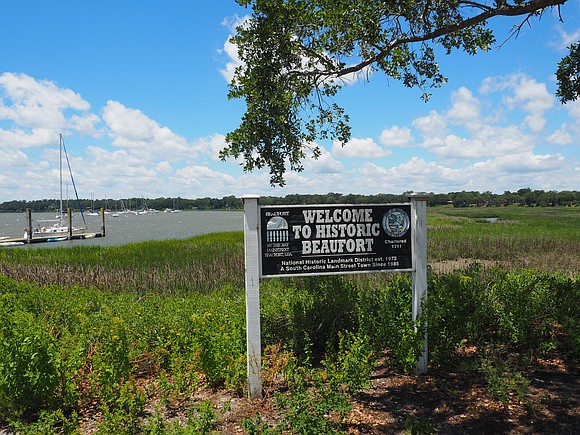 For most, Memorial Day is simply a paid holiday—an excuse to barbecue in the backyard or visit the beach for a long weekend. Not every American chooses to spend the day memorializing the hundreds of thousands of soldiers who have fallen, all over the world, to protect our freedom and all the values that Americans hold dear. What gets even less attention on this holiday are the Black men and women that died fighting for our freedom during events such as the Civil War. However, one small town in South Carolina’s Lowcountry has been trying to change that for the past three decades.

For the past 32 years, Beaufort, S.C. has hosted the Original Gullah Festival at the Henry C. Chambers Waterfront Park every Memorial Day Weekend to commemorate and honor those fallen soldiers who often don’t get the attention they deserve. A freedman originally started the Gullah Festival May 1, 1865, during the Reconstruction Era. When he and the rest of the United States Colored Troops returned to Charleston after the Civil War, they realized that their fallen comrades had not been given a proper burial. Instead, they had been placed in a mass grave. Over the next two weeks, the troops dug up the nearly 300 bodies and buried them in individual graves, marking each with wooden crosses, flowers, shells and flags. The first celebration honored the dead with full military rites, speeches, horse races and picnics. Its been estimated that more 100,000 people participated in the first celebration, and it soon became one of the largest of its kind in the nation.

More than 30 years ago, five women gathered to reminisce on the days when the Black community of Beaufort would celebrate Decoration Day, known today as Memorial Day, and decided to plan their own event that would not only keep the same old-time flavor but also celebrate the heritage and culture of their ancestors. Since then, the Gullah Festival has been fulfilling their goal of reclaiming the beauty and mystery of the Gullah culture, which encompasses a mix of West African, Native-American and African-American experiences. The three-day event takes place every Memorial Day Weekend and provides a unique family friendly cultural experience. The festival sees more than 35,000 local, national and international attendees and looks to uncover Gullah influence in the arts and foster a better understand and appreciation of the culture, all while providing scholarships to worthy students. The Gullah Festival encourages community involvement by inviting various school systems to learn the Gullah and Sea Island culture at the festival.

Throughout the weekend, there are a variety of educational and historical workshops, fine arts exhibits, demonstrations, performances and, of course, live music and tons of cultural food. Vendors range from local artisans to national and international craftsman. Because its filled with unique items of historical significance and influence, the Vendors Market quickly became one of the most popular aspects of the festival.

In addition to providing the area with a better understand of Gullah culture, the festival has played a huge role in contributing to the increase of heritage tourism to the region, making a positive financial impact on the local and state economy. But this festival can’t take complete credit for that impact. As of late, this part of the Lowcountry has seen an increase in celebrations that honor Black heritage. For instance, Hilton Head Island, an island located in the same region, hosts a huge Juneteenth celebration that commemorates the emancipation of slavery. That festival lasts for two days and is also a family friendly cultural experience. There are storytellers and reenactments, as well as performances and local vendors. If you have ever wanted to visit a place that allows you to reconnect to your cultural heritage, South Carolina’s Lowcountry should be at the top of your list.