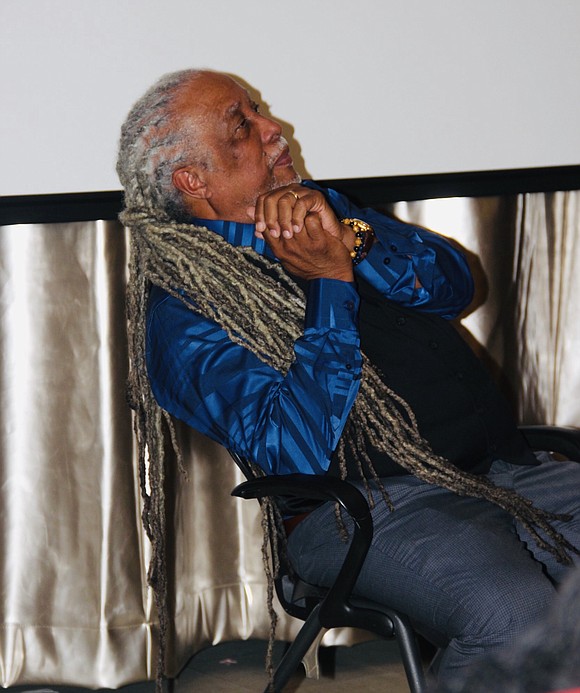 It was a full house, standing room only, at the poetry book launch of Dawad Philip’s “Mural by the Sea” at the Brooklyn Public Library, Flatbush Branch.

Pure lyrics, deep conversation, music and soul were gifted as the former Daily Challenge newspaper editor regaled his captive audience with insightful anecdotes, tales of yore and advice on perfecting the most poignant of poems. Love and gratitude filled the room at the event hosted by fellow Trini and activist Hazel Younglao.

Philip, surrounded by family, friends and a host of colleagues, enticed his audience with gems, stating, “From San Fernando to Brooklyn, poetry is the Carnival, and the Trinidad Carnival finds its way into my poetry—as visual and oral experience—everyday living, a painted face J’ouvert morning. Many of the poems in this volume have aged with me and over that time, and again like my own life, been transformed into some measure of sustained lucidity.”

A 1990 recipient of a New York State Fellowship on the Arts (Poetry), Philip was one of five poets selected to represent Brooklyn in a Brooklyn-Leningrad Literary Exchange in the 1990s. He has performed his works in the Caribbean, United States, Canada, Riga, Latvia, Moscow and St. Petersburg, and selected poems have been translated into Russian by the former Leningrad Writers Union.

With delicious eats from Sugar Cane Restaurant and Conrad’s Bakery to please the crowd, Philip read from his works, delighting an already greatly impressed audience, who lined up patiently to take pictures and have their book signed by the affable, humble man of many great stanzas.