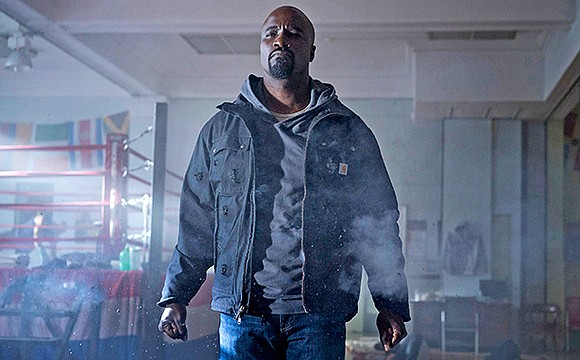 Just when it looked as if we turned the corner, Netflix pulled the plug on “Luke Cage” after the second season. Huh? On strength of the music alone, Season 3 should have been in the bag. The show to was well written, directed and acted. Hmm?

Coming on the heels of the massive success of the billion-plus dollar grossing film “Black Panther,” it seemed that a vehicle featuring an African-American as the central figure would be at least given a chance to prosper. Correct? Unfortunately, that has been a trend that has existed for years. Does it however need to be norm? If your name is Demetrius Angelo, the answer is a resounding “No!”

Angelo has for the past few years put in the work not only to secure the future of African-Americans in the action film genre, but also to celebrate the contributions that were made by others with his Urban Action Showcase and Expo. In fact, his organization champions diversity.

As an actor, producer and martial artist, his position as the founder and executive producer of the Urban Action Showcase and Expo perhaps will be his legacy accomplishment.

“I’ve entered several film festivals but never saw a space for action content and surely none that focused on diversity as a I have,” said Angelo about the impetus of the idea. “I decided since there was no space for me, I would create one. In 2010, I began to plan out the Urban Action Showcase and Expo and pitched it to HBO for two years before I got the green light from HBO/Cinemax to launch in 2013.”

What drove the initial spark into the martial arts and eventually the realm of action film?

“I was first influenced to study martial arts when I was a kid watching Bruce Lee on TV,” said Angelo. “I recall jumping on the bed trying to mimic the moves and telling my dad that ‘I wanted to do that.’ All I knew was that I wanted to kick somebody like Bruce Lee! We also can’t forget ‘Saturday Afternoon Kung Fu Theater’ on Channel 5. Pioneers like Ron Van Clief, Carl Scott and Jim Kelly gave me reflections of myself on the screen, which inspired me even more to train hard. It was in 1985 the film ‘The Last Dragon,’ starring Taimak …that made me believe I had a chance at ‘Hollywood.’ I had my dad take me to see that movie three times back in ’85. You couldn’t tell me I wasn’t Bruce Leroy!”

Saturday, Nov. 10, at the AMC Empire 25 theaters in Time Square, will be the sixth annual Urban Action Showcase and Expo, and it will be celebrating two of Warner Entertainment’s most notable anniversary milestones in New Line Cinema’s “Blade” 20th anniversary and Warner Bros “Enter the Dragon” 45th anniversary. The UASE 14 Hour Action Cinema Mega-Thon will also feature panel discussions, seminars, master classes, celebrity guests and, more importantly, screenings of all selections of their Urban Action Showcase International Action Film Festival, giving a shot to someone looking to live their dreams of lights, cameras, action! What’s better?

Check out the website at urbanactionshowcase.com to secure entry.

Holla next week. Until then, enjoy the nightlife.