When noses are red, no need to be blue 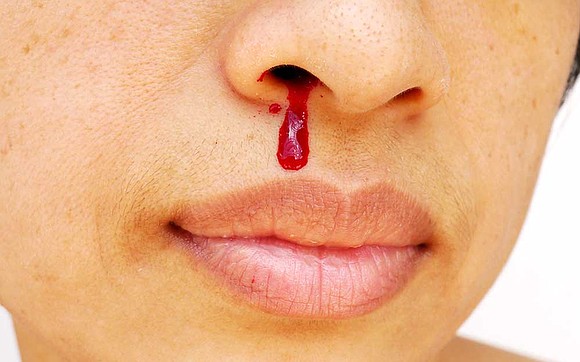 One evening, about 11 p.m., a patient called, frantically explaining that she was bleeding to death from a nosebleed. She had tried everything her family had suggested to stop the oozing blood, including holding her head backward, forward and even sideways. She had placed ice across the bridge of her nose and also across the back of her neck, but to no avail.

Her family was in a state of panic. Her husband demanded that she go to the emergency room, but having experienced emergency room blues in the past, my patient expressed that she would rather die at home than wait for help in the hospital. Because of the strained and panicked voices over the phone, I jumped into my pants and made yet another house call.

When I walked into her house, it was evident that everyone was in a state of panic and confusion, even the cat. Mom was bleeding to death, and the blood-soaked washcloth she was holding at her nose was doing no good. She must have lost at least a tablespoon of blood, and I know that she never donated a pint of it in her life. Immediately, to get law and order from her family, I assured my patient and her family that I had never witnessed anyone dying of a nosebleed. I didn’t have the heart to tell them, however, that it could happen.

Examination revealed her blood pressure to be stable, at 140/80. Blood was oozing from the left nostril. After calm was restored, I put on sterile gloves (AIDS protection), took a strip of pliable gauze and with tweezers began to very firmly pack the left nostril. This procedure is easily done by placing the gauze at the entrance of the nostril and pushing it back firmly in a folding, pleating fashion. Any clean strip of hankie or sheet is usable. Usually a nosebleed is caused by a rupture of a blood vessel on the nasal septum.

The septum divides the right and left side of the nose. The network of blood vessels found on the septum is known as Kiesselbach’s plexus. This network of blood vessels, which helps to warm the incoming air, can bleed easily if picked at or injured when blowing your nose too hard. The septum of the nose is also irreversibly injured if one chooses to snort cocaine. The damage done by this addictive habit causes a breakdown in the lining that opens a hole in the septum.

While packing the nose with the gauze, I instructed my patient to calmly breath through her mouth. After adequate packing, the nostrils were pressed firmly together for two minutes, and then released. After several of these maneuvers, the nose bleed ceased and the packing was removed.

Without a doubt, the patient lived and a lesson was learned: “When noses are red, no need to be blue.”