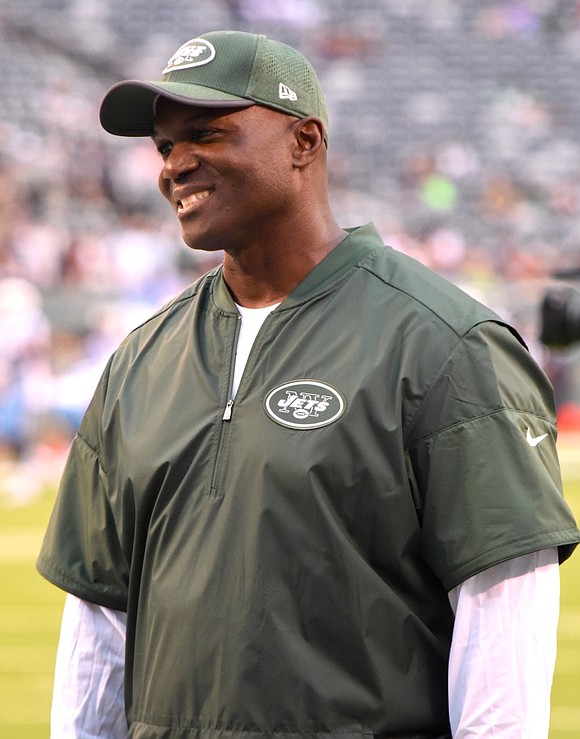 The true level of pressure from New York Jets management on Todd Bowles, their head coach, to win this season with rookie quarterback Sam Darnold is unknown. There are fans who want him gone. The speculation for now is just that, but if the Jets lose Sunday at home to the Buffalo Bills, that third New York State football team that plays up north, the volume button for Bowles’ departure will be up, loud and left on that last notch of the dial.

Buffalo is playing with a third-string quarterback, Nathan Peterman, who has drawn the ire of Bills fans. Someone or some group has started a GoFundMe page to raise $1million dollars to pay him to leave, go away, retire.

When you click on the page the message reads, “Nathan Peterman, we understand your passion to play football and especially in the NFL. But please for the love of God retire and leave and never come back. WE WILL GIVE YOU MONEY, JUST LEAVE!”

Peterman, 24, is 1 and 3 in four starts so far this season, with three touchdowns and 12 interceptions. He’s replacing rookie Josh Allen, whose right elbow was injured in October. Right now, Allen is day to day. It’s up to the team doctors. Derek Anderson is under review because of a concussion.

Buffalo’s quarterback woes put surmountable pressure on the Jets, and on Bowles. Not only should the Jets’ offense prosper but also should the defense, but based on their horrible performance Sunday in Miami against the Dolphins, a 13 to 6 loss, the 3 and 6 Jets might not be any better than the 2 and 7 Bills.

Darnold threw four interceptions Sunday, 21 for 39, 229 yards, the most fatal resulting in the game’s only touchdown, a 25-yard INT return with 11 minutes left on the clock. He was sacked four times and hit seven. The Jets could only score two field goals. Sunday’s output will have to be far more dominant on both sides of the ball to garner any of the Jets fans’ respect.

Admittedly, Darnold and Bowles would like to get some of those interceptions back. “Two for sure he’d like to have back,” said Bowles. “Back to the drawing board.”

Reports from Jets camp are that Darnold didn’t practice yesterday, Wednesday, possibly recuperating from one of those hits on Sunday. If he doesn’t play this Sunday, Josh McCown will be in the QB position. The Jets will have a bye the following Sunday, Bowles’ birthday. A win will make it a good one, a lot more enjoyable.