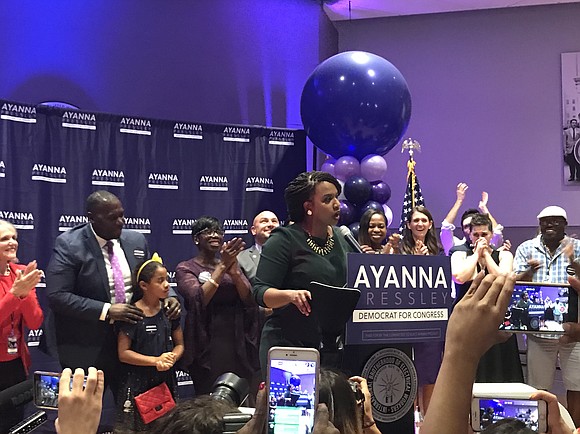 Should they all join the CBC, at least nine new members will be added to the ranks of the Congressional Black Caucus, which will increase the membership to at least 56 members, including two in the U.S. Senate with Senators Cory Booker (D-NJ) and Kamala Harris (D-CA).

The new members, elected on November 6th, will be sworn in to the 116th Congress in early January 2019.

Two Black Republicans lost on Election Day: Reps. Will Hurd (TX-23) and Mia Love (UT-04). Votes are still being counted in the Hurd race as of this filing.

Election night 2018 will be known as the night that the Congressional Black Caucus gained more power in Congress and more members than at any time in history.

Lauren Victoria Burke is an independent journalist and writer for NNPA as well as a political analyst and communications strategist. She may be contacted at LBurke007@gmail.com and on twitter at @LVBurke