A salute to Black veterans 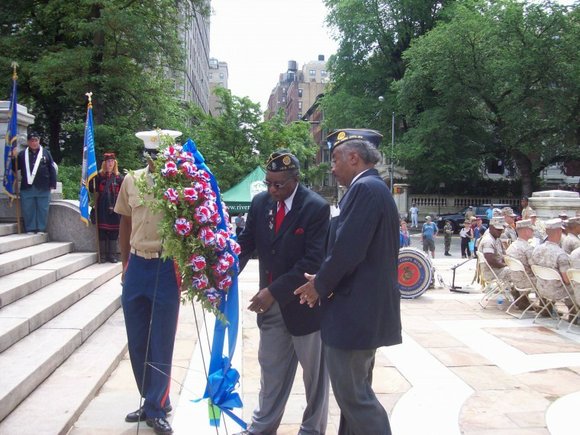 From the time of the American Revolution until the present, African-Americans have contributed to every war and major conflict that the U.S. military has had. African-American sailors and soldiers have sacrificed their lives for the freedom of all Americans, even when their freedoms were denied. Many African-Americans have served in wars only to come home to slavery, Jim Crow, lynchings and businesses that would not serve them because of the color of their skin.

Even more noteworthy, African-American military members committed themselves to defending other American citizens’ rights to vote although they were deprived of the same. Despite all of these contradictions, African-Americans have been able to serve honorably and achieve a high standard of excellence and discipline throughout all branches of the armed forces.

Successfully integrating the Navy in March 1945, Phyllis Daley was the first of four African-American nurses to serve during World War II. After attending the Lincoln School for Nurses in New York City, Daley was commissioned as an ensign in the Navy.

In 1979 at 42 years of age, Hazel Johnson became the first African-American woman to be promoted to the rank of general in the U.S. military. After completing her nurse’s training at Harlem Hospital in 1950, she went on to be commissioned as a lieutenant in 1960. She earned her bachelor’s degree from Catholic University and served as the chief of the U.S. Army Nurse Corps from 1979-1983.

Lt. Col. Stayce Harris made history in February 2001 by becoming the first African-American woman to command an Air Force Flying Squadron. Harris, who was mentored by Tuskegee Airmen, commanded the 729th Airlift Squadron out of California. In charge of over 100 personnel, she commanded missions that transported combat forces and humanitarian aid.

Currently, many African-American veterans are still having a difficult time adjusting to civilian life. A number of Black veterans suffer from post-traumatic stress disorder and have a hard time acquiring adequate health care. Organizations such as Black Veterans for Social Justice (BVSJ) have attempted to address this. Established in 1979, BVSJ has helped to provide legal, medical, housing and career assistance services for African-American veterans. In the past fiscal year, they have helped over 10,000 veterans. For more info on BVSJ, contact www.bvsj.org.

African-American military personnel have had to endure hardships inside the military as well as outside. Their impact on the social and political climate of America is often dismissed or ignored. Their ability to overcome and accomplish in spite of adversity is commendable. People of all nationalities are encouraged to learn about African-American military contributions, because it is not just Black history, it is American history.