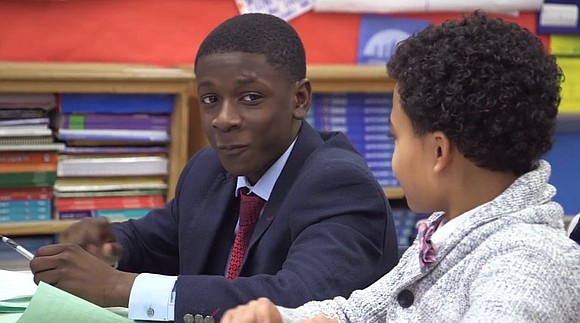 New films from the motherland—Africa—will screen from Nov. 23 to Dec. 8 at the 2018 African Diaspora International Film Festival, which is celebrating their 26th year, an impressive feat. This year, there will be 61 films from 40 countries, including 27 world, U.S. and New York premieres.

Many of the titles have already played important film festivals—national and international—such as Sundance, the Tribeca Film Festival, the Pan-African Film Festival, FESPACO and Berlinale.

Resisting tyranny is the subject of many of the films, and the films that celebrate those brave men and women who resisted, including films featuring Miriam Makeba, Sandra Bland, C.L.R. James, Errol Barrow and Nobel Prize winners Dr. Denis Mukwege, Kofi Annan and Toni Morrison, are part of the ADIFF 2018 line-up.

The Opening Night film, “Timeless: A Virgin Island Love Story,” travels in time from 19th century Ghana to the modern day the Caribbean. It is the story of Ajuwa, a Ghanaian warrior who loses her soulmate to the slave trade. Their souls reunite in the contemporary U.S. Virgin Islands.

The Closing Night film is “Muslimah’s Guide to Marriage,” a comedy of manners about Muslimah Muhammad, a twenty-something African-American orthodox Muslim woman who lives in Inglewood, Ca. and has 7 days and 14 hours left in her Iddah (Muslim separation) before she will officially be divorced from her cheating husband.

The ADIFF 2018 Identity Politics & Black Panther, the Film program will present films and talks connected to the global popularity of the film “Black Panther” and a number of the issues that affect communities of color all over the world, including colorism, police brutality, Black identity, youth empowerment and the relationship between Africans and African-Americans past and present. Some highlights include the following films:

“Say Her Name: The Life and Death of Sandra Bland” by Davis Helibroner and Kate Davis (USA, 2018, 105 min.) investigates what happened to activist Sandra Bland, who died in police custody after a routine traffic stop.

“Crime + Punishment” by Stephen Maing (USA, 2018, 112 min.) follows the NYPD12, a group of Black and Latino whistleblower cops, as they break the silence and speak out against an illegal “quota system” that continues to dictate policy in their precincts.